As noticed by inveterate Android watcher Florian Mueller, Samsung recently filed a court brief in opposition to Apple's efforts to bar the sale of Samsung's Android tablets in the US, and at one point, the opposition brief cites 2001: A Space Odyssey as prior art for one of the patents Apple is waving at the court.

Samsung points the court to a YouTube clip from the 1968 film where fictional astronauts Bowman and Poole turn their attention to a video playing on pair of machines that look an awful lot like modern day tablet computers. The company even supplies the court with a still image: 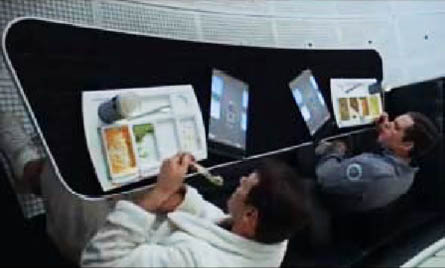 Bowman and Poole and their fondleslabs

"As with the design claimed by the [Apple patent], the tablet disclosed in the clip has an overall rectangular shape with a dominant display screen, narrow borders, a predominately flat front surface, a flat back surface (which is evident because the tablets are lying flat on the table's surface), and a thin form factor," Samsung said.

The court filing did not include the following unverified outtake from the Kubrick classic: 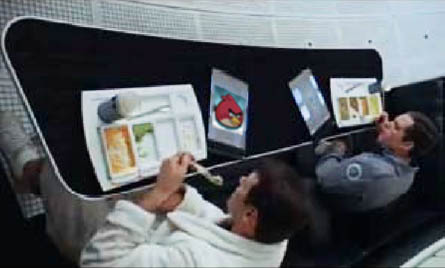 Apple did not respond to a request for comment. But this is because we didn't send one. ®