Dubbed "Y dwarfs", these objects have hitherto eluded astronomers hunting them at visible wavelengths, although WISE has finally nailed six examples within a distance of around 40 light-years from our own Sun. 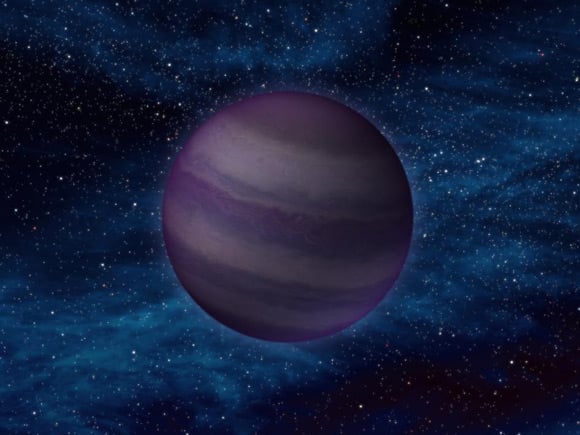 Jon Morse, Astrophysics Division director at NASA's Washington headquarters, explained: "They are 5,000 times brighter at the longer infrared wavelengths WISE observed from space than those observable from the ground."

Brown dwarfs are stars whose lack of mass prevented a sustained nuclear reaction at their cores, condemning them to fade and cool instead of shining proudly in the heavens.

The WISE celestial survey has so far yielded 100 of these stellar failures, including the half dozen Y dwarfs. The coolest of the latest letter in the stellar classification scheme* is the snappily-named WISE 1828+2650 (see below), which has "an estimated atmospheric temperature cooler than room temperature". 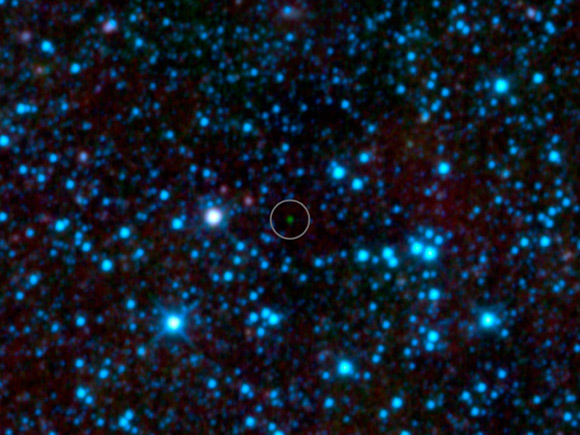 WISE science team member Davy Kirkpatrick said: "The brown dwarfs we were turning up before this discovery were more like the temperature of your oven. With the discovery of Y dwarfs, we've moved out of the kitchen and into the cooler parts of the house."

The NASA boffins are also excited about the Y dwarfs because of their relative proximity to Earth. One of them, WISE 1541-2250, is roughly nine light-years from our beloved homeworld, and "may become the seventh closest star system, bumping Ross 154 back to eighth". NASA adds: "By comparison, the star closest to our solar system, Proxima Centauri, is about four light-years away."

Michael Cushing, another WISE team member, enthused: "Finding brown dwarfs near our sun is like discovering there's a hidden house on your block that you didn't know about.It's thrilling to me to know we've got neighbors out there yet to be discovered. With WISE, we may even find a brown dwarf closer to us than our closest known star."

NASA has more of the Y dwarf discovery here. ®

*NASA elaborates: "This scheme describes stars of all temperatures, beginning with the hottest "O" stars and now ending with the coldest Y dwarfs. The entire scheme includes the classes: O, B, A, F, G, K, M, L, T, Y. Our yellow sun belongs to the G class of stars. M stars are colder than our sun, and reddish in color."

It adds: "While the O through K classes are all considered stars, M and L objects are a mixture of stars and brown dwarfs, and T and Y objects are all brown dwarfs. The term 'brown dwarfs' was chosen because at that time, astronomers didn't know what colors these objects would actually have at the visible wavelengths our eyes see, and brown is not a true color of light (there are no 'brown photons'). Astronomers now know that T dwarfs would appear reddish, or magenta, to the eye. But they are not certain what color Y dwarfs are, since these objects have not been detected at visible wavelengths."

Accordingly, NASA explains the purple hue shown in its artist's impression of a Y dwarf was chosen "mainly for artistic reasons".