Walk to stop your gadgets running down

Research published by the University of Wisconsin describes a way of generating sufficient electrical energy from human movement to power mobile gadgets.

Tapping into the kinetic energy inherent in, say, walking up the street and converting it into electrical energy is nothing new, but the Wisconsin team, led by Tom Krupenkin and J Ashley Taylor, have come up with a system that delivers a sufficiently high energy density to be useful.

Previous systems could generate micro- or milliWatts of power. Krupenkin and Taylor say theirs can produce Watts.

Their system - which the two will attempt to commercialise through their company, InStep NanoPower - sandwiches microscopic droplets of a conductive fluid between a positive electrode layer and a thin-film dielectric. A constant bias voltage is applied between the droplet and the electrode. 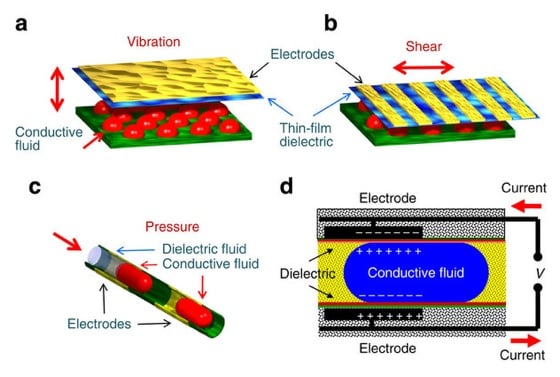 Alternatively, a tube can be made from alternating sections of electrode and dielectric, with the droplets placed within.

As the system is shaken, the liquid moves, changing its shape between the sheets or down the tube. The upshot is a decrease in the amount of charge it can hold, resulting in a flow or electrical charge back through the external circuit, creating a current that can power an external load.

It's a reversal of an existing process - electrowetting - in which a liquid is made to move by applying a current.

The team enivsage a shoe containing a tubular generator - pat pending - in the sole. As you walk, compression of a chamber at the heel forces the droplets through many of the tiny tubes, generating power.

Not that it comes free of charge. The killer is the necessary bias voltage used to drive the system. 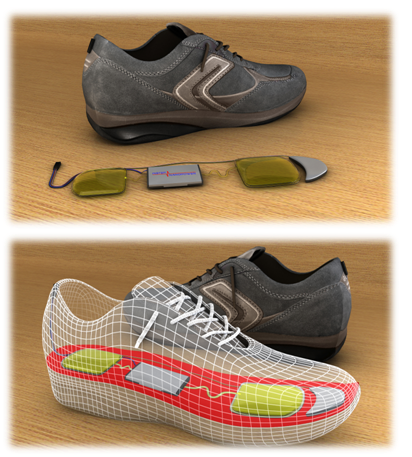 Getting the bias voltage to the reduced level is possible, they say, with a DC-DC converter lifting the 3.7V output of a standard lithium battery.

Getting the power out of the shoe and into your phone or laptop is another challenge, of course.

You can read the full paper, published by Nature Communications and titled Reverse electrowetting as a new approach to high-power energy harvesting, online. ®