More than a desktop theme refresh

If you don’t like the look of the CM7’s UI then you can also muck about with its design and colourisation through the Theme Manager. There are some rather impressive themes kicking about - you can get a taste of one theme coder’s efforts here. 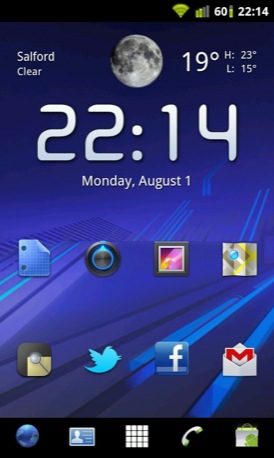 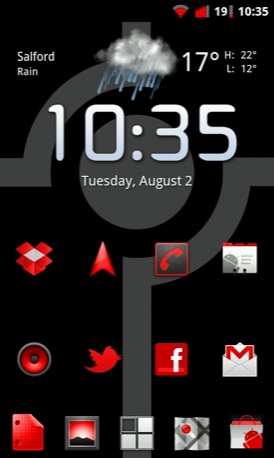 You want themes? CM7 has loads of 'em

Battery life certainly improved, but with the move from Eclair to Gingerbread I was expecting this to be the case. Exactly how much better is hard to quantify, so much depends on how often you have set your handset to sync or poll. But I feel comfortable in saying that after the CM7 upgrade I could get easily 48 hours from a full charge whereas before it was more like 36.

In two weeks, I only encountered one issue with CM7: every so often the dock would partly vanish. A quick re-boot always fixed things so it wasn’t the end of the world, though even locking the homescreen didn’t prevent the problem occurring.

The only app-related problem was Skype refusing point-blank to log in for the first few days. And then it suddenly decided to work and has worked perfectly ever since.

So, beyond the satisfaction of doing something because it’s possible, was loading CyanogenMod worth the effort and an invalidated warranty? If you have a decent spec handset running Gingerbread with no overlay - or a decent one like HTC’s Sense - and are happy with your teleco, there is no overwhelming reason to start messing with your ROM. The benefits offered by CM7 aren’t that huge. 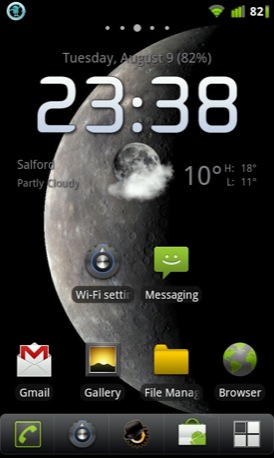 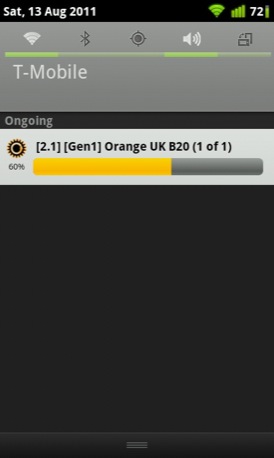 But if you want to a give a fillip to a handset running an older version of Android, want to permanently ditch an awful third-party UI overlay, or just skip to a new carrier then CM7 is certainly the way to go. You will notice some speed improvements, you will get some extra functionality and you should get updates a darned site quicker than you will from your handset maker or teleco. ®