Product Round-up I wish I had my own flat, but I don’t. Cue Slayer Reign in Blood thundering from upstairs. Six hours into a raid and my housemate comes home and turns the volume up on their shitty boombox above my head and I have completely lost any sense of immersion. Yes I could get into a ‘speaker-off’ with them but luckily I have some of the best headsets around to hook up and bring back my suspension of disbelief.

Yes, I tend to dribble at a decent amount of polygons but if you're playing Amnesia: the Dark Descent, gameplay is all about the atmosphere and to really make the most of it you want to be sure you've got the best gaming headset that blocks out the most background noise. A lot of these headsets boast virtual 7.1 surround sound aimed at your lifer FPS gamer but really how immersive are they? To find out, I tested these headsets on World of Warcraft, Battlefield, Bad Company 2 and my favourite mixcloud of the moment.

Creative knows what its doing and prove this on a regular basis with top end gaming hardware. These are decent sounding gamer-spec cans featuring fairly convincing surround sound for the price. Pretty pretty, easy to instal and use, the THX TruStudio Pro software almost had me onside.

World of Warcraft PVP really showed off the intense, penetrating output this headset can deliver. From the off using the default settings, the Creative Sigmas can definitely do loud, without distorting. The main selling point of these headphones is the 3D audio – delivering 5.1 and 7.1 soundfields from just two drivers with Creative's THX TruStudio Pro audio technology.

The Dialogue Plus setting in the control panel really amplified in-game speech, lending voices perspective and range. There is also a lot to be said for the mic quality – recently improved in sensitivity with a firmware update – which was exceptionally clear. But there's not enough low end, too much noise spill for my liking. Nice flat cable and good overall sound shame about the 1970's styling. 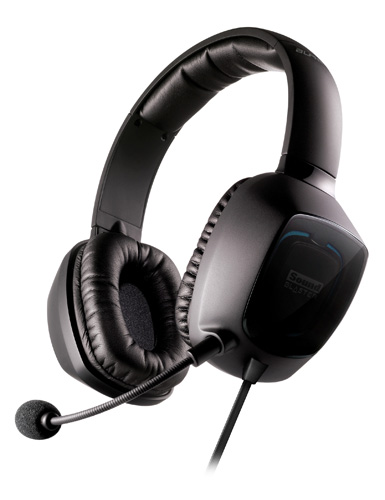 Compact and lightweight, this headset allowed me to getup, dance... and fall over. Logitech has a firm following and, in my opinion, no one makes a better keyboard. The G930 headset looks good and is super compact in iconic matt red and black. And I rather fell in love with the hinged slimline mic – angular and sharp, like a switchblade.

The left speaker is where the controls live including the three G-keys that allow assignable functions. There is a volume adjustment wheel a mic mute button and the switch to enable Dolby Pro Logic II virtual 7.1 surround sound. The Logitech G930's cups are large with leathery ear cushions that are soft and plush but I have to say I prefer foam over long periods of gameplay – it's just more comfortable.

Turning on the surround sound delivers full control over the seven virtual speakers and subwoofer. Each of the speakers is represented by an icon and a box that goes from 1 to 11 (how very Spinal Tap). This may seem like a small feature but changes the sound perceptibly and allows me to personalise the soundscape adding real depth to the sound.

The 40+ft wireless range gave me the same super sharp sound from my kitchen. Not having to worry about being tethered to my PC allowed me better gameplay immersion. Add to that a decent battery life of over nine hours sees the Logitech G930 on my Christmas list. 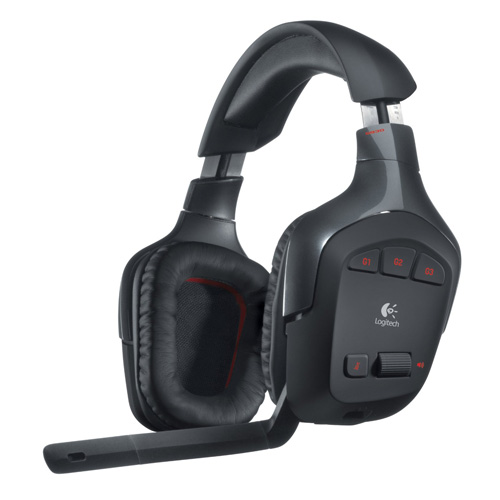