Toshiba will not be introducing its third-generation Android tablet at this week's IFA consumer electronics show, confounding reports and the hopes fondleslab fans.

In the US, Toshiba may be preparing a skinny new Android-based tablet called the Excite, but Europeans are going to get the current chunky model, the Thrive - here to be prosaically named the AT100 - instead. 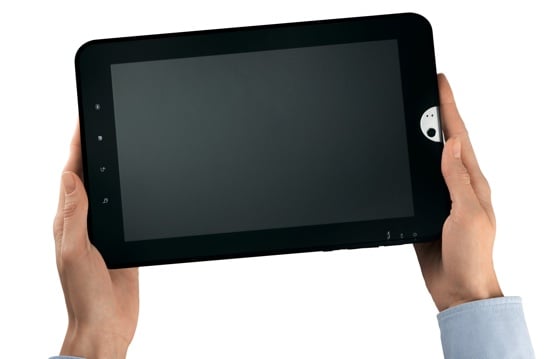 The Thrive's girth gained it critical brickbats in the US - one reason why the company appears to be working on a much skinnier model, possibly the tablet recently trademarked in the US as the Excite.

Over here, we'll have to make do with the weightier one. ®