IFA 2011 Sony used IFA 2011 to show off its new Tablet S, due out later this month in a Wi-Fi only Android 3.1 version. It had a host of them spread around its hall at the show, and I had a number of plays with it. 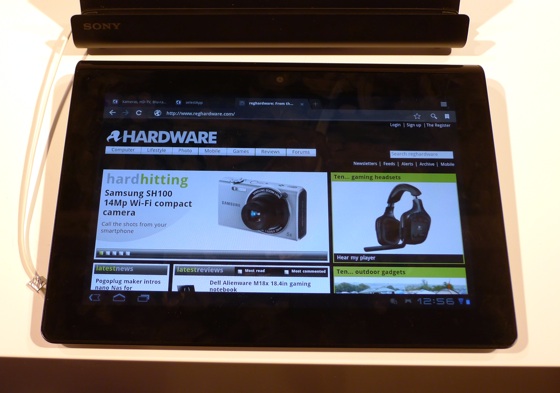 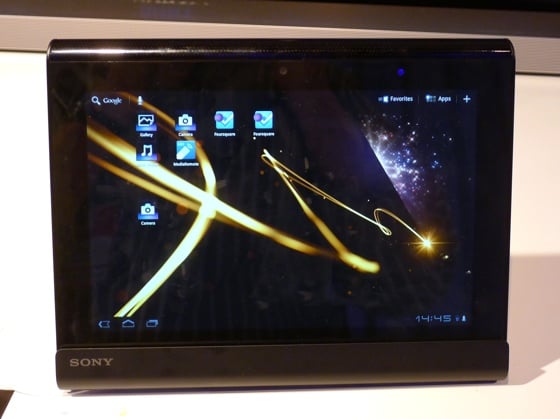 And here is the tablet's charging jack, on it's thin base 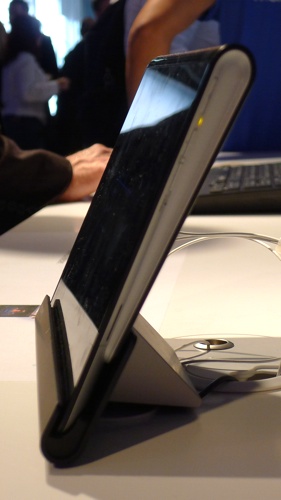 As you can see, the bottom end is thin, the top end not so - it's about 20mm thick up there 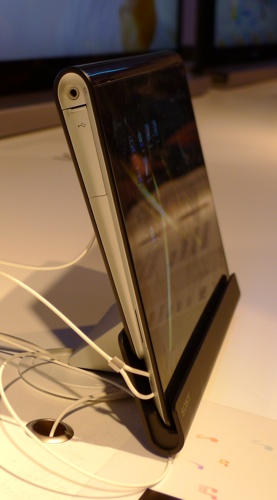 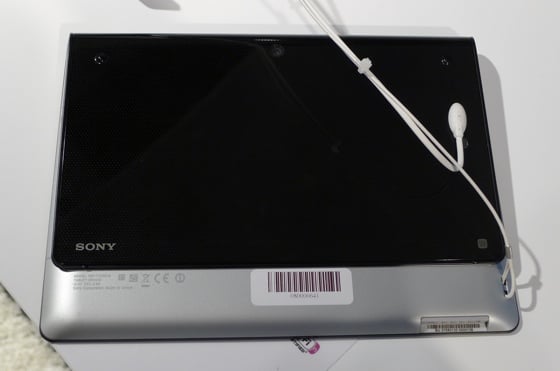 Round the back, the 5Mp camera (centre, top) 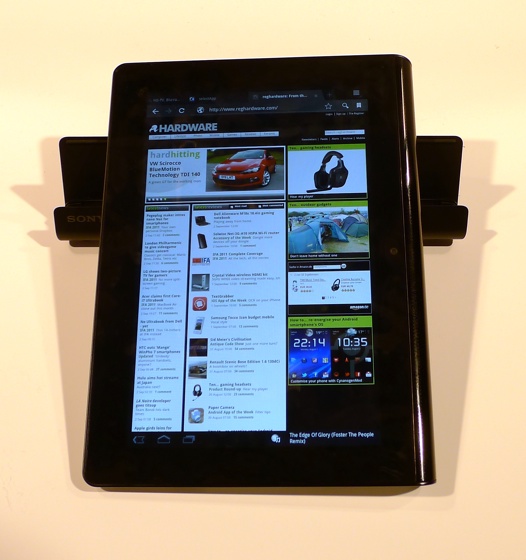 The S is designed for landscape mode. In portrait, it's no less useable but it's asymmetry makes itself felt