IDF 2011 Pundits have been talking about building GPS and other sensors into notebooks for some years. Now it may actually happen. Optional for the moment, Intel is planning to mandate the addition of a variety of sensors into its Ultrabook spec.

That means they know exactly where they and the user are, can detect whether someone is sitting in front of them - and be able to provide relevant feedback to the user based on that information.

All this is part of Eden's vision that notebooks will become highly portable - in no small part to the Ultrabook spec's 18mm thickness limit - personal companions like modern day Apple Newtons - in concept, if not actuality - with keyboards, able to intelligently help users manage their lives. 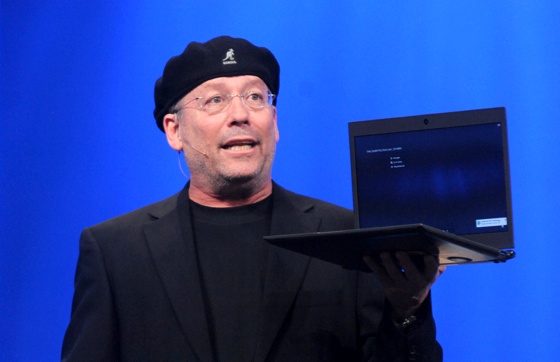 GPS tech, for instance, allows such a computer to cross-reference the user's location with his or her diary to spot that a meeting in another town may need to be rescheduled because of heavy traffic on the way - and to send out the appropriate communications, even when the laptop is asleep in a bag on the passenger seat.

Beyond that, Eden said he expects notebooks to gain voice recognition and a range of camera-tracked eye and gesture recognition technology.

The user's not looking at the computer? Then automatically turn off the backlight to conserve power. Switch it back on again as soon as he or she turns to look at the screen again.

"Five years from now, the way we use computers today will seem primitive," Eden said. ®