Out on a spree

It's not long before Joe takes up the fight once more, though. In the briefest, thinnest of setups, resident Resistance boffin Doctor Fyodor Malikov convinces Joe to accompany him to New York and attempt to close a wormhole, thus dealing a crippling blow to the Chimera. As far as exposition goes, it's all the narrative offered as pretext for your killing spree through the occupied states of Oklahoma, Missouri, Pennsylvania and finally New York. 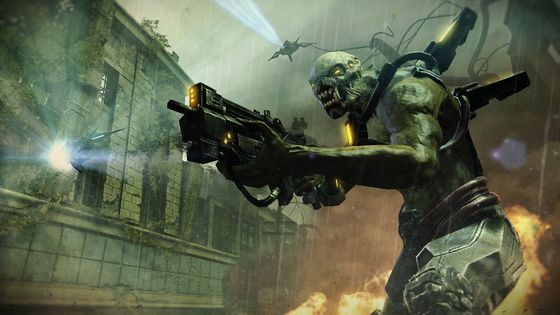 It's a journey bearing stark similarities to Half Life 2, and not just because of the ever-looming wormhole in the distance. A boat ride along the Mississippi brings to mind HL2's hovercraft section, albeit one on rails. Then there's the trip to Resistance 3's own Ravenholm, a night-time mission through a rickety old mining town overrun with feral Chimera and leapers, bearing an uncanny resemblance to Zombies and Head Crabs.

If that's not homage enough, before finally arriving in New York, there's even time to take a quick trip around a crumbling prison à la Nova Prospekt. Although here, at least, Resistance 3 provides some novelty in the form of a new enemy, the Wardens, a vicious group of survivalists who don't take kindly to outsiders. 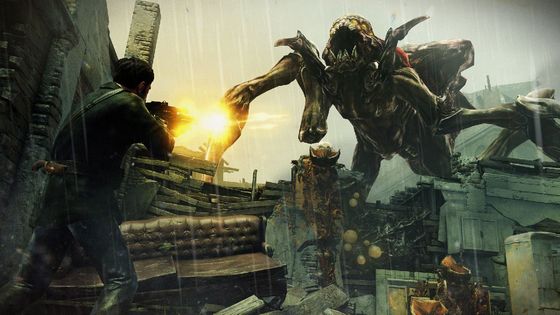 There's nothing wrong in re-treading Half Life 2's pathways, of course. It is, after all, one of the greatest FPS campaigns ever made. And, to be fair, Resistance 3 carries just enough uniqueness in its setting, enemies and weapons to temper the ever-present déjà vu.

As in the first two games, enemy AI is suspect. But the brute-force scripting – in which the Chimera either stand their ground or rush suicidally towards you – coupled with intricate and robust level design means that while comparing unfavourably with other top-tier shooters, the questionable AI never detracts from the pulsating gunplay. 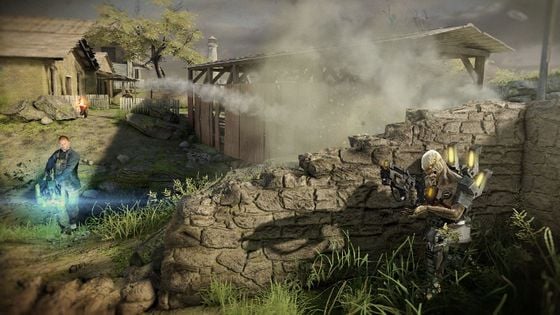 Despite the game being an overall anticlimax – nowhere more so than in its flaccid last chapter – Resistance 3's weaponry ensures the series ends with a enjoyable bang. Gone is Resistance 2's two-weapon limit in favour of a return to Fall of Man's full arsenal. It's a good choice for a series which has always promoted bombastic, sandbox gunplay over a traditional 'A-enemy vulnerable to B-weapon' formula. Thanks to generous ammo caches, you're rarely without the full complement of boomsticks to toy with, from series' stalwarts, the long-range Deadeye and wall-penetrating Auger, to the surprisingly efficient High Explosive Revolver and the Atomizer, with its secondary-fire gravity well.