Intel's delayed 710 SSD, its X25-E replacement, has arrived at last, after having been initially outed back in July.

It's a fairly standard – for these days – 25nm, 2-bit MLC solid state drive, with 100, 200 and 300GB capacity points. But it has wildly skewed read and write performance and poor-to-average bandwidth numbers. Its endurance is also not that great. 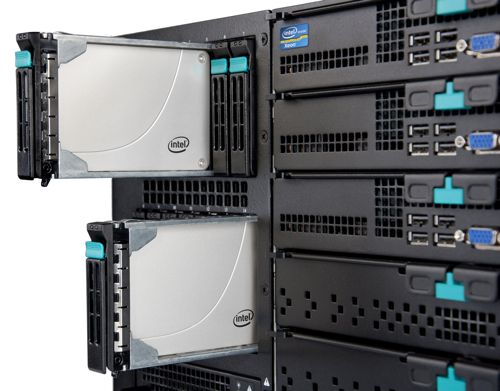 The sequential performance numbers don't impress either. The 710 does sequential reads at 270MB/sec; the second generation Genesis does 510MB/sec.

It gets worse. The 710 has extra special features branded as HET or High Endurance Technology, and these give it an endurance of 1.1PB written. Before you think that sounds a lot, consider that Anobit's gen 2 Genesis can write 10 times the drive's capacity every day for five years. With a 200GB part that means over 3PB, three times more than Intel's 710. HET would better called MET, for Middling Endurance Technology.

It's feasible to suppose that Intel delayed the 710's appearance partly to tweak the performance numbers, as well as ensure the 320 power bricking bug didn't affect it. If that is the case, the company hasn't done very well at all, and will have to price the part down if it is to compete with Anobit-level SSDs.

Is there something we don't understand here? This is Intel. Are the raw numbers telling us the whole story? But the numbers are the numbers, and they make the 710 look pretty awful. Cisco says it will offer the part as an option with its UCS servers, so it must be happy with the price/performance and endurance it is seeing.