US survey: 1 in 5 telecommuters work an hour or less a day

And a third of them stay in their PJs 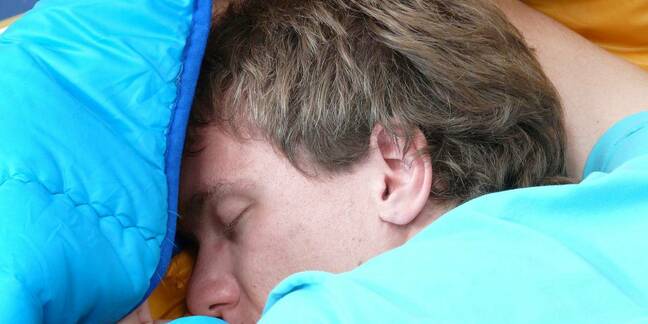 Almost one in five Americans who work from home only clock in for an hour or less a day, according to a survey, while a third stay in their pyjamas.

Forty per cent of telecommuters say they work between four and seven hours, 17 per cent are doing the bare minimum and just 35 per cent are working eight or more hours, the CareerBuilder survey of 5,299 people revealed.

As bad as that sounds, it's much better than it was in 2007, when only 18 per cent were able to manage eight hours or more.

Stay-at-home workers also said getting dressed for the day was far too strenuous: 41 per cent of women and 22 per cent of men – a third in total – stayed in their PJs.

The top distraction for telecommuters is household chores, with 31 per cent succumbing to what must be the purest form of procrastination – doing other menial work to avoid the work you're supposed to be doing.

Other things that might drag the telecommuter away from his or her laptop are the TV (26 per cent) or pets (23 per cent), but only 15 per cent of the at-home workers listed children as a source of interruption.

"To avoid situations where telecommuters aren’t putting in the necessary time, managers need to be clear about expectations and establish daily objectives. The autonomy of working from home can be very rewarding so long as it doesn’t diminish productivity,” advised Rosemary Haefner, VP of human resources at CareerBuilder.

The survey also found that more Americans have been given the option of working from home post-recession, with 10 per cent telecommuting at least once a week, up from 8 per cent in 2007.

“With mass adoption of smartphones and advanced network technologies, telecommuters are connected to their offices like never before. As a result, we’re seeing more companies embrace the work-from-home option,” said Haefner. ®

Duped into running bogus virus scans at Office Depot? Dry your eyes with a small check from $35m settlement

Treat yourself to a meal out or a case of bevvies... or an appetizer in SF or NYC

If Shadow Home Sec Diane Abbott can be reeled in by phishers, truly no one is safe