US military satellite to get attack-warning equipment

A US military satellite is to be fitted with equipment which will enable it to detect hostile action and inform ground controllers what's going on, according to reports. 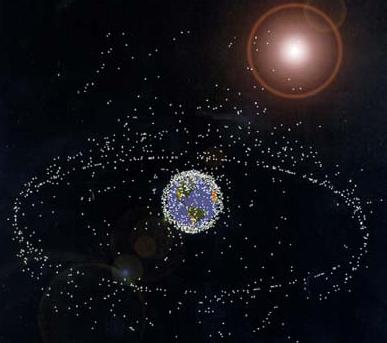 In space, nobody can hear your victim scream ... yet

Lieutenant General Ellen Pawlikowski of the US Air Force told reporters including those of Aviation Week on Wednesday that a classified satellite is now planned to go into space equipped with a Self-Awareness Space Situational Awareness (SASSA) package, kit which the Pentagon has been working on for some time.

The US military and intelligence agencies operate a mighty fleet of spacecraft, with missions ranging from navigation and timing like the well-known GPS constellation – which makes almost all satnavs and a surprising amount of other Earthbound civilian electronics work, as well as guiding missiles etc – to blacker-than-black top secret spying and surveillance.

Most of these satellites, while in touch with ground control stations some or all of the time, have no sensors which would let them know if they were being meddled with or attacked – and this is a real possibility as more nations acquire space capabilities or groundbased gear such as jammers or lasers which can reach into space. As things stand, a satellite could simply go offline for a while or permanently, and its controllers would never know what happened to it.

That's where SASSA and various other US military space hardware comes in. SASSA itself would let a satellite know if it was being jammed, blinded or scrambled: other, dedicated spacecraft would be able to watch events in Earth orbit and perhaps detect or monitor sneaky anti-satellite operations involving actual intercepts and collisions.

It would seem the idea is not so much to mount any particular defence or retaliation against hostile anti-satellite efforts, but rather to establish clearly who is behind them. As action against another nation's spacecraft is a massive no-no under international convention, it is usually only worth doing if one can be sure that nobody will be sure who did it (or even sure that any action took place, perhaps).

SASSA and such efforts would seem to mean that attacks on US satellites will soon be much less deniable: which is, perhaps, why we are being told about them in advance. ®