While Kinect provides an unconventional twist on proceedings, Rise of Nightmares' plot plays far more conventionally. You play as Josh, a recovering alcoholic travelling by train through Romania with his wife Kate. Quicker than you can ask, “Why would any sober person ever go to Romania?” a hideous fiend attacks and wrecks the train, ripping almost everyone to giblets, before kidnapping Kate and carrying her off to a castle deep in a cursed forest. 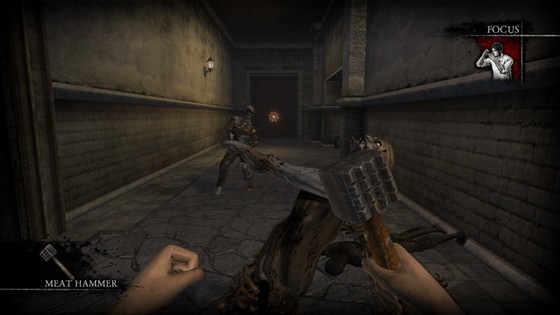 Your objective, then, is one gaming's oldest ones: to rescue the princess from the evil lord. But this is no Super Mario or Ghosts and Goblins.

Rise of Nightmares employs every schlock horror convention to disturb, unnerve and frighten you: the dissonant shrieks of violin chords; the demonic face momentarily replacing yours in the mirror; the mysterious Tarot reader foretelling your doom; and, of course, your fellow train wreck survivors being picked off one-by-one in the Saw-style torture-porn of the game's opening hours. 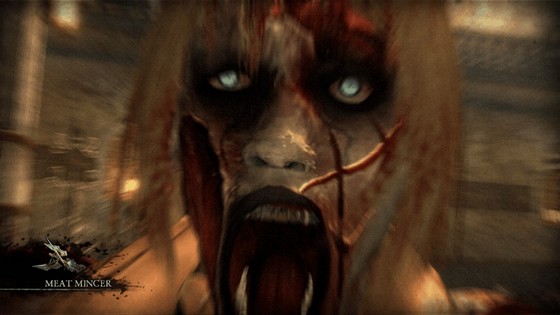 Gameplay is equally conventional. Remove the novelty of Kinect and you're left with an utterly ordinary brawler. A decent blocking and health regeneration system slightly elevates the repetitive button-mashing, hack-and-slash combat. As does the game's system of weapon degradation, which forces you to constantly hunt for fresh weapons.

The few boss battles fail to break the monotony of regular combat, being little more than extended slugfests against tougher enemies – the final boss taking a shoulder-dislocating 15-minutes to defeat. And puzzling is rudimentary 'find key, open door' stuff. 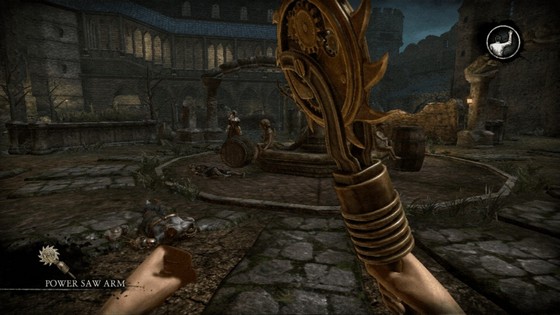 Worse still, the game is chock full of Quick Time Events. Ranging from familiar action cues, such as quickfire ducking and side-stepping to avoid traps, to more novel implementations, such as covering your ears to block out Siren screams, these QTEs feel little more than predictable contrivances to justify Rise of Nightmares' motion controls.

The over-reliance on QTEs typifies Rise of Nightmares' sensibilities. There's nothing within its gameplay that wouldn't have been better achieved through a conventional control scheme. Sega has proved developers can use Kinect to control a full first-person game, but the sheer number of necessary concessions and contrivances begs the question why they would.

If you're looking for a real scare as the nights draw in and Halloween approaches, and perhaps missed it first time around, ignore Rise of Nightmares and opt instead for the seminal Resident Evil 4, now available on XBLA and PSN in remastered HD glory for just £15. ®