Years to go before Larry dumps x86 and Sparc64

How long will it be until Oracle stops selling systems that are based on Intel's Xeon processors? Or servers that use Fujitsu's Sparc64 line of processors, for that matter?

To hear Oracle cofounder and CEO Larry Ellison tell it, tomorrow would be just fine to cease and desist making and selling x86-based machinery. The only problem is that a lot of Oracle's software – particularly the Exadata storage servers that are part of its Exadata parallel database clusters – is tuned for Linux and the relatively high clock speeds and large cache memories of the x86 architecture.

While Oracle's new Sparc T4 processors announced this week go a long way towards closing the clock and cache gaps with both Xeon and Sparc64-VII+ processors, it is probably going to take a few more years before Oracle's systems are entirely Sparc-based.

That is, unless Oracle goes and does something silly such as buying HP, in which case all many Sparc roadmap bets would be off. 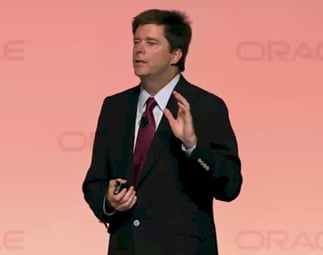 And even if Oracle does eventually go all-Sparc for its homegrown iron, that will never mean that Oracle does not also sell its database, middleware, and application software on x86, Power, or mainframe processors. Oracle has, of course, dropped an iceberg in front of the Itanic, made by Intel almost exclusively for HP's HP-UX/Integrity systems, saying in March that it would not support its software on the future "Poulson" and "Kittson" Itaniums, due in 2012 and 2014, respectively.

HP, under former CEO Leo Apotheker, took Oracle to court, alleging that Ellison & Co. were harming its HP-UX business, and that the software giant was in breach of agreements to continue support for its software on Itanium platforms. Oracle will continue to support current generations of software on current Itaniums, but Oracle's move had a chilling effect on HP-UX server deals in its third quarter of fiscal 2011 ended in July.

Sun Microsystems was for many years the undisputed leader in Unix systems, back when the Unix market was roughly twice as large as it is today (in terms of revenues), the dot-com boom was boom-boom-booming, and Linux had not yet carved out a big slice of the data center market. But Sun had many self-inflicted wounds, with buggy, delayed, or canceled processors: UltraSparc-IIIs were late and had some cache bugs, and the "Millennium" UltraSparc-V and "Rock" UltraSparc-RK processors were killed shortly before coming to market.

Sun also had pricing that didn't meet the reality of a post-boom Main Street, leaving the door open for Big Blue to come in and snap up business with its Power-AIX combo. Now working at Oracle, the Sunners in charge of processors and systems cannot repeat the mistakes that the old Sun made. Even Larry Ellison can't afford to be that wrong.

In a commendable move last summer, Oracle's executive vice president of hardware engineering John Fowler put out a five-year Sparc processor and system roadmap, running out to 2015. It was a stake in the ground – rather than through Sun's heart as past roadmaps sometimes were – and a foundation for a new relationship with Sparc/Solaris customer, whose trust Oracle needs if it is to reap the billions in dollars in profits it hopes it can reap from its January 2010, $7.6bn acquisition of Sun.

"You cannot build a strong package out of a collection of weaker components," Fowler explained during the Sparc T4 processor and system launch earlier this week. "We understand that and here at Oracle we have been investing in Sparc and investing in Solaris to create these leadership technologies."

The big changes with the new Sparc T4 chip have to do with a new core, called S3, that features out-of-order execution, dynamic threading, fatter caches, and higher clock speeds – four things that were sorely needed to help boost the performance of the Sparc T line on single-threaded applications.

"This is the exact slide that I published about a year ago, and I said, 'Here's my five-year roadmap for what we're doing in Sparc'," he said. "I remember at the time getting a rather muted response to that particular pronouncement because either most people don't publish microprocessor roadmaps or they publish ones that you don't believe because they don't actually happen. I am happy to say that this is what we're doing and this is what we're invested in."

That's a long-winded way of saying: Trust me.

Next page: The HotThreads era
Page: