Review LG might have been first with its Optimus 3D, but HTC hasn’t wasted any time coming up with a glasses-free 3D phone of its own.

From the front, the Evo 3D looks like a standard, snazzy HTC smartphone, but it’s one of the manufacturer's chunkier numbers. Its metallic casework is sturdy, but the paint on the edges where it sits slightly proud of the screen in the usual HTC fashion seemed very quick to flake away, spoiling the look. 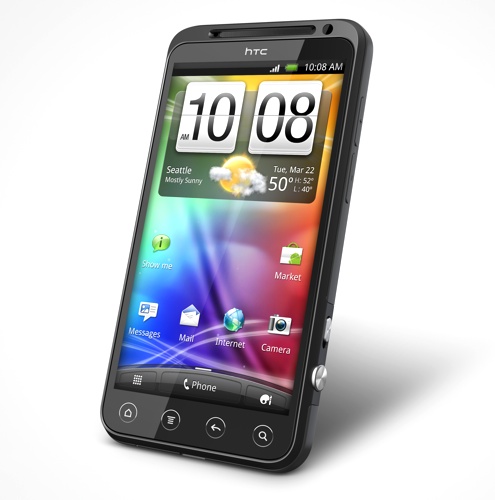 A 1.2GHz dual-core CPU makes for a reasonably nippy smartphone

The four standard Android buttons sit beneath the nicely sensitive 4.3in, 960 x 540 touchscreen, which can be flicked from 2D to 3D mode using a switch on the side of the phone. The thin, textured plastic casing on the back surrounds the two camera lenses required for stereoscopic snapping.

The Evo comes with Android 2.3.4 Gingerbread, and it has a 1.2GHz Qualcomm Snapdragon processor backed by 1GB of Ram, which keeps things nipping along nicely. The Quadrant Standard benchmarking tool gave it 2123, which has it lagging a little behind other dual-core devices, such as the Motorola Atrix, though it’s still impressively fast. 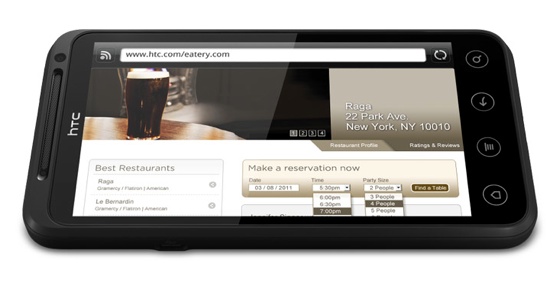 There’s 1GB of memory storage on board, though you can bump this up by 32GB using a Micro SD card.

HTC’s Sense user interface still looks and feels great, even though a lot of its attributes have been incorporated into standard Android or matched by other manufacturers. Still fairly new, though, is HTC Watch, a video streaming service that allows you to pay for and download a range of films and TV shows. Alas, there's not a lot of content on there yet, though there are a few prestige titles, and there’s nothing at all to take advantage of the Evo's 3D screen. 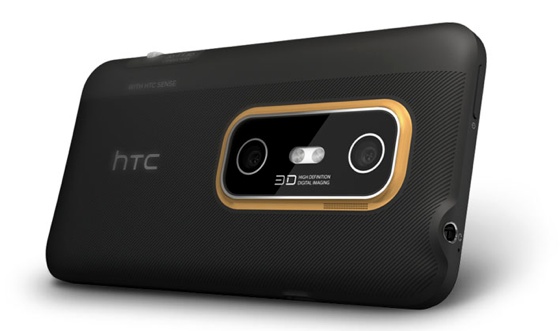 In fact, none of the widgets or Sense features use 3D, which seems like a bit of a trick missed.

Next page: 3D content: it's down to you
Page:
Tips and corrections
12 Comments