When sober, F. Scott Fitzgerald may have been devastatingly intelligent, but he got it dead wrong when he wrote "there are no second acts in American lives".

Think Elvis, for example. Or lefty sinkerballer Tommy John of the eponymous surgery. Or, for that matter, Grover Cleveland, whose two acts as US president were separated by a four-year intermission.

Except for Steve Jobs.

The career of Apple's cofounder and savior not only had a second act, but a long and successful third act that spanned from his return to Apple in 1997 to his resignation this August.

And to further give the lie to Mr Fitzgerald, Jobs' second act held true to the dramaturgical dictum that as the curtain closes on Act II, our protagonist should be at the end of his rope, facing seemingly insurmountable odds.

Think The Empire Strikes Back, Act II of the original Star Wars trilogy. Think the Red Sox being down three games to zip against the Yankees in 2004. Think Steve Jobs at the end of 1993, with NeXT's hardware business sold at fire-sale prices and Disney stopping the development of Pixar's salvation, Toy Story. 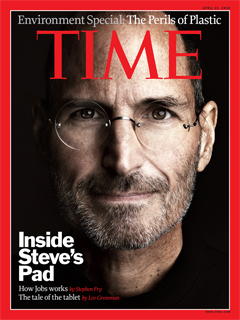 His death on Wednesday marked the end of Jobs' redemptive and triumphant Act III, potentially turning his drama into a tragedy – but possibly more from our point of view than from his. By all accounts, he retained throughout his life the sense of light mortality that he gained when studying eastern philosophies in his youth.

Speaking at Stanford University in 2005, he said: "No one wants to die. Even people who want to go to heaven don't want to die to get there. And yet death is the destination we all share. No one has ever escaped it. And that is as it should be, because death is very likely the single best invention of life. It is life's change agent."

And in 2008 he told Fortune: "We don't get a chance to do that many things, and every one should be really excellent. Because this is our life.

"Life is brief, and then you die, you know? So this is what we've chosen to do with our life."

Jobs was born in San Francisco on February 24, 1955. Shortly thereafter he was adopted by Paul and Clara Jobs of the same city, who had married in 1946 but had been unable to have a child of their own. They named their new son Steven Paul Jobs.

Jobs' biological parents were Joanne Schieble of Green Bay, Wisconson, and Syrian-born Abdulfattah Jandali, unmarried, both 23, and both students at the University of Wisconsin in Madison. It being the straight-laced mid-1950s, for the birth they secretly travelled to San Francisco, a few miles north of a sleepy, orchard-filled patch of Northern California that Jobs would one day help transform into Silicon Valley.

Adoptive father Paul, described by son Steve as "a sort of genius with his hands" in a 1985 Playboy interview, "used to get me things I could take apart and put back together".

Just as, in his later years, he took apart and put back together the company he founded, Apple Computer: he returned to it in 1997 after a palace coup in 1985 had forced him out of the company that he had founded on April Fools' Day 1976 with Steve Wozniak and Ronald Wayne.

But we're getting ahead of ourselves. 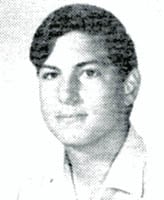 Steve Jobs as a boy

The Jobs family moved to 2066 Crist Drive in Los Altos in the heart of pre-silicon Silicon Valley when Steve was five years old. As a kid, Jobs admitted, he was "a little terror". Today he might have been diagnosed as showing symptoms of ADHD – attention deficit hyperactivity disorder – and have been Adderalled or Ritalinned into submission.

"You should have seen us in third grade," Jobs described himself and his pint-sized co-revolutionaries. "We basically destroyed our teacher. We would let snakes loose in the classroom and explode bombs."

The 1950s may not have been enlightened enough to have accepted Schieble and Jandali's out-of-wedlock child, but neither was it a time when exploding bombs in a public school would call down the wrath of the Department of Homeland Security. In those days, Jobs' behavior was merely part of the "boys will be boys" ethos.

A fourth-grade teacher, Imogene Hill, who Jobs described as "one of the saints in my life", helped tame his rambunctiousness – partially by bribing him with cash if he'd finish his work, according to Anthony Imbimbo's biography written for young adults, Steve Jobs: The Brilliant Mind Behind Apple.

At age 12, Jobs met his first computer. HP engineer and neighbor Larry Lang took Jobs under his wing and, according to Jobs, "spent a lot of time with me, teaching me stuff". Lang took Jobs and other kids to HP for lectures. "They showed us one of their new desktop computers and let us play on it. I wanted one badly."

When in junior high, Jobs hung out with his friend and fellow geek Bill Fernandez, who – fortunately for the future of personal computing – lived across the street from the Wozniak family, whose son Steven was an inveterate electronics tinkerer.

Steve Wozniak was born in August 1950, making him five years older than Jobs. Despite their age difference, they bonded over their shared love of both electronics and pranks.

In 2007, when giving a Macworld Expo presentation, Jobs' slide-changing clicker malfunctioned. To fill time, he told his audience about one stunt that he and Wozniak pulled when the older prankster was a student at the University of California at Berkeley:

When he was in his mid-teens, Jobs and Wozniak met the infamous phone phreaker John Draper (aka Cap'n Crunch, so named after he discovered that a whistle given away in the eponymous cereal could fool AT&T's phone system). Inspired by the good Cap'n's success, Wozniak built what was then called a "blue box" – an electronic device that enabled him and friend Jobs to make free phone calls worldwide.

"The famous story about the boxes is when Woz called the Vatican and told them he was Henry Kissinger," Jobs told Playboy. "They had someone going to wake the Pope up in the middle of the night before they figured out it wasn't really Kissinger."

The blue box was Wozniak and Jobs' first commercial product, and established the relationship that would eventually result in the creation of Apple Computer: Wozniak would design, and Jobs would sell.

After high school – and after he had abandoned the blue-box business – Jobs headed off to Reed College in Portland, Oregon, then a notorious hippie haven, well-suited to increasingly hippified Jobs.

He lasted one semester, but continued to live on-campus – not a problem at Reed, nor for that matter at any number of schools during the laid-back early 1970s. 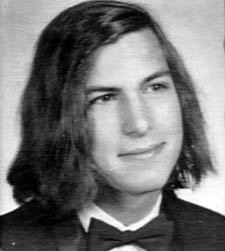 Don't laugh – you went to high school, too

After returning to his family home in 1974, Jobs talked himself into a job at Atari, the pioneering video game firm that was rolling in cash due to the wild success of its pioneering arcade game, Pong.

His position at Atari got him a tech-troubleshooting trip to Germany, which he extended into a classic hippie pilgrimage to India, where he wandered as an alms-begging mendicant, and famously had his head shaved by a highly amused Indian holy man.

After returning to California – shaved head and all – Jobs was rehired by Atari, and hooked back up with Wozniak. At that point, Wozniak was working at HP, but he would visit Jobs at night at Atari to play that company's Gran Track game for free.

"Woz was a Gran Track addict," Jobs told Playboy. "He would put great quantities of quarters into these games to play them, so I would just let him in at night and let him onto the production floor and he would play Gran Track all night long." But Jobs wasn't being merely magnanimous: "When I came up against a stumbling block on a project, I would get Woz to take a break from his road rally for ten minutes and come and help me."

Jobs also used Wozniak's smarts to design that company's Breakout game. According to Jeffrey Young and William Simon in their unauthorized biography, iCon Steve Jobs, along with other sources, Jobs took credit for the design and snookered Wozniak out of his rightful share of the pay and bonus that Jobs was given for "his" work.

The "Good Steve" versus "Bad Steve" dynamic that would mark Jobs' persona for the rest of his life was already in place.

Next page: The birth of Apple Computer
Page: