The birth of Apple Computer

Nineteen seventy-five is generally agreed to be the year that the personal computer was born, when the Altair 8800 kit was announced on the cover of Popular Electronics' January issue.

Shortly after that epoch-making event, a group of electronics enthusiasts formed the Homebrew Computer Club. In addition to Jobs and Wozniak, members included such soon-to-be-luminaries as George Morrow, Adam Osborne, and Lee Felsenstein. It was among that heady company that Wozniak developed the first prototypes of what was to become the Apple I. 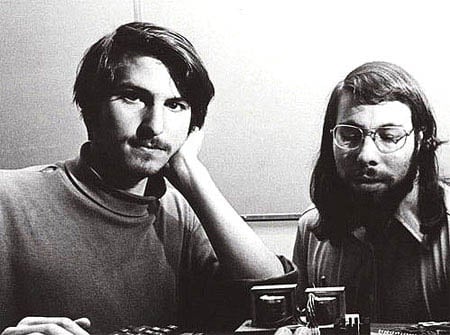 Steve Jobs and Steve Wozniak in 1975

Where Wozniak saw a diverting intellectual challenge, Jobs saw a business opportunity. After the debut of the Altair, "microcomputer" kits were appearing right and left, and Jobs believed that Wozniak's designs – one for a color-capable computer, no less – could find a market.

After some cajoling, Wozniak agreed to Jobs' suggestion that they form a company, and that the company should be named Apple Computer. Although the true source of the name remains cloudy – was it that apples were grown on a commune that Jobs had recently visited, the fact that "Apple" would appear ahead of "Atari" in the phone book (remember phone books?), a tribute to The Beatles? – it was Jobs' idea and Wozniak agreed to it.

On April 1, 1976, Jobs, Wozniak, and Ronald Wayne – a friend of Jobs from Atari who dropped out of the new company less than two weeks later (and who recently published an autobiography) – signed the paperwork that created Apple Computer. With an order for 50 fully assembled Apple I computers from a tiny Mountain View, California, geek emporium called the Byte Shop, and with the proceeds of the sale of Wozniak's HP-65 calculator and Jobs' VW van, the company was up and running.

The Apple I was less than a rip-roaring success, selling around 200 units, total. Jobs reportedly wanted to sell it for $777.77, but Wozniak thought that was too expensive, so the price was dropped to $666.66 – around $2,500 in today's dollars.

By far more important, however, was a decision by Jobs and Wozniak that would affect all of Apple's future product development: the Apple II would be a complete system designed for ease of use, simple operation, and consumer friendliness. Industrial design was also on Jobs' mind: no screws disturbed the Apple II's plastic exterior – they all were on the bottom of its all-plastic case. 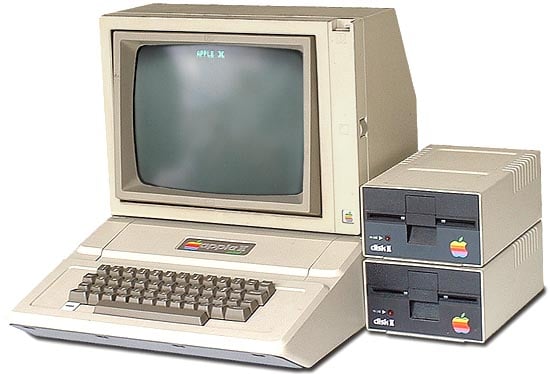 Jobs made one more key move at this time: he landed a key investor and business adviser, Mike Markkula, who got the two founders to incorporate Apple in January 1977. Markkula also introduced the duo to Mike Scott, and convinced them to hire him as president of the fledgling outfit. Scott and Jobs clashed almost immediately, the first of many such battles that would lead to Jobs' eventual ouster.

On April 17, 1977, the Apple II debuted at the West Coast Computer Faire, and – as each and every Apple press releases noted for many years afterwards – "ignited the personal computer revolution".

Next page: The Macintosh
Page:
Corrections Send us news
65 Comments