In 1979, Jobs made his now-famous visit to Xerox PARC (Palo Alto Research Center), a drop-in that – at the risk of hyperbole – changed him, Apple, and personal computing forever:

"They showed me really three things," he said in an interview in the PBS series "Triumph of the Nerds" in 1996. "But I was so blinded by the first one I didn't even really see the other two" – those two being the object-oriented programming language SmallTalk, created by Alan Kay and others, and a fully network collection of over 100 Xerox Alto computers hooked up over Bob Metcalfe's Ethernet.

"I was so blinded by the first thing they showed me which was the graphical user interface," Jobs recalled. "I thought it was the best thing I'd ever seen in my life." He left Xerox PARC determined that Apple would bring GUI-based computing to the masses. 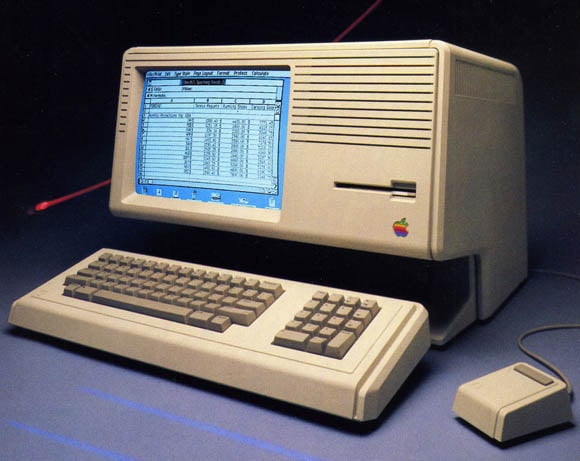 Apple's first effort – largely created without Jobs, who was soon frozen out of the project – was the $10,000 dinosaur-with-a-lousy-floppy-drive-named-"Twiggy" known as the Lisa, which Jobs inexplicably named after the daughter he had conceived in 1977 with then-girlfriend Chris-Ann Brennan but had never formally acknowledged (although Apple insisted that Lisa was actually an acronym for Local Integrated Software Architecture).

After being booted from the Lisa project, Jobs' next chance came thanks to Jef Raskin, an Apple employee who was interested in building an inexpensive computer suitable for the mass market. Raskin had developed a prototype in late 1979 that he dubbed the Macintosh. It wasn't a GUI-equipped device – that came later.

Jobs essentially hijacked Raskin's Macintosh project in 1981, after it had been joined by such now-famous Apple names as Burrell Smith and Bud Tribble. Jobs shortly snagged programmers Andy Hertzfeld, Bill Atkinson, and others. Job's autocratic management style was soon identified by the team as his "reality distortion field". 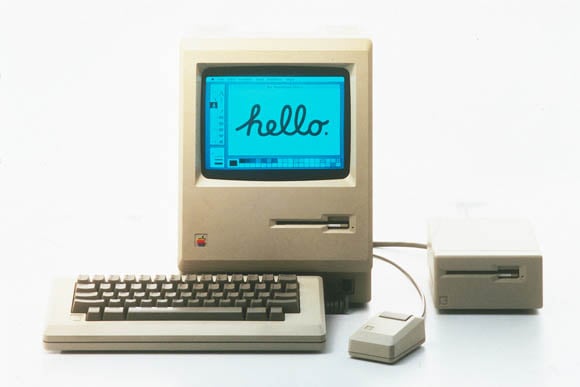 The original Macintosh, saying "hello" thanks to MacPaint and a steady hand (click to enlarge)

The development of the Macintosh continued with the team ensconced in a building over which flew a pirate flag, inspired by a quote attributed to Jobs in multiple wordings, but which essentially could be summarized as "Why join the navy if you can be a pirate?"

The Lisa beat the Macintosh to market by a year. When attending the New York rollout, Jobs held a meeting with then-Pepsi president John Sculley, with the goal of enticing him to take the reins at Apple, Mike Scott having been forced out by Markkula the previous year.

At that meeting, Jobs challenged Sculley with the now-famous quote: "Do you want to spend the rest of your life selling sugared water or do you want a chance to change the world?" - recounted by the Pepsi prez in his 1987 book, Odyssey. Sculley accepted Apple's offer.

It was a masterful sales job by Jobs – but one that he'd live to regret.

But before that miscalculation would come back to haunt him, Jobs had one major triumph to enjoy. On January 22, 1984, during the third quarter of Super Bowl XVIII, while the LA Raiders were busy trouncing the hapless Washington Redskins, Ridley Scott's celebrated 1984 ad told viewers: "On January 24th, Apple Computer will introduce Macintosh. And you'll see why 1984 won't be like '1984'."

Although that showing is popularly known as the one and only time that the ad was televised, it wasn't. Jobs and co had pulled off another bit of manipulative chicanery. 1984 had been televised once before: on December 15, 1983 at 1am in Twin Falls, Idaho, a town of about 55,000 souls at the time – a ruse that enabled 1984 to be considered for 1983 advertising awards.