This Dianamania is a slur on Jobs

Two things occurred to me yesterday. Some of the most hyper-ventilating coverage came from parts of the media who spend the most time devoted to agonising about the evils of consumer capitalism, such as the BBC. 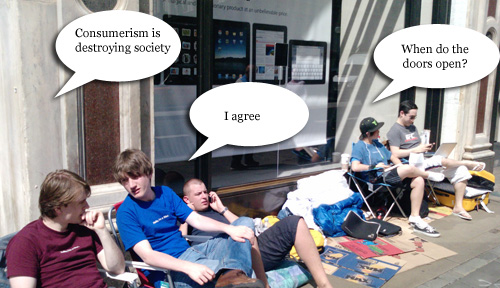 From which we have to deduce that consumption is evil, but only when it brings pleasure to the masses. Bourgeois consumer gadgets are really OK. They don’t count*.

Another strange thing is that the greatest Apple fans are the sneeriest about ordinary people observing religious rituals. Stephen Fry can wax eloquent about this at the drop of a voiceover paycheck. But what is Apple’s release cycle if not a ritual? What was Fry’s toe-curling visit to Cupertino, other than the act of a devotee seeking to have his faith affirmed?

We didn’t call it the Jesus Phone for nothing.

Some people who noisily self-identify as supremely rational seem to delight in using this to indicate their moral superiority to the pleb – or pilgrim – on the bus sitting next to them. Maybe it just covers some other insecurity. But if they then indulge in utterly irrational behaviour, that claim to superiority is no longer valid. 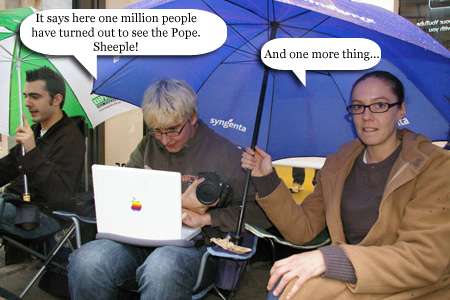 Let’s remember Jobs for what he achieved. He’d be the first to agree that there are more important things in the world than media devices, and he made that case very eloquently. ®

*Your reporter has owned, in succession, five G4 Cubes – I'm guilty as charged. It's hypocrisy I can't stand.