Computers controlling the US Air Force's killer Predator and Reaper drones have been infected by a key-logging virus, according to a mole who spoke to Wired. And the malware is not going away despite serious efforts to nuke it.

The remote-controlled bomb planes have flown in missions since the discovery of the virus two weeks ago. 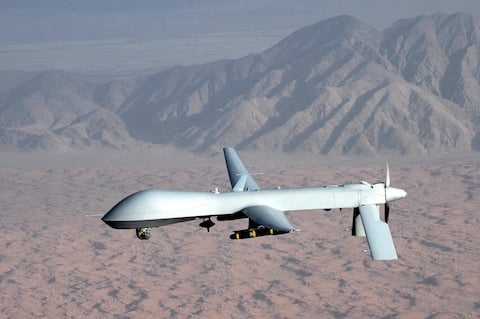 Consoles at the Creech Air Force Base in Nevada have been infected by the virus – the 'cockpit' from which the majority of the US Army's unmanned Predator and Reaper drones are directed. Each aircraft is controlled by a pilot in the Nevada station using computers, video feeds and a joystick. Drone missions are carried out in places including Pakistan, Yemen and Afghanistan, and have killed an estimated 2,000 people so far.

The virus doesn't affect the functioning of the aircraft, but it is monitoring and saving every keystroke the pilots make. It is believed that the malware won't be able to transmit the information it collects beyond the classified military network hosting the equipment; the network is insulated from the public internet. But it has proved very hard to eradicate from the system.

Computer security technicians have disinfected all the internal hard drives on the operator consoles, but this does not seem to have rid the network of the problem.

“We keep wiping it off, and it keeps coming back,” a source familiar with the network infection told Wired. “We think it’s benign. But we just don’t know.”

It is thought that the virus was introduced to the system via a hard drive or a disk that had picked up the bug elsewhere.

Sky News also highlighted the risk of introducing malicious electronics or software into military hardware if chips are brought in from foreign sources.