Review Sony Ericsson may not be churning out Android handsets in the bulk of HTC or Samsung, but its has produced some consistently good phones recently in its Xperia range. Building on last year’s X10 Mini Pro, this new version adds a slightly bigger screen, faster processor and Gingerbread, the latest version of Android for mobiles. 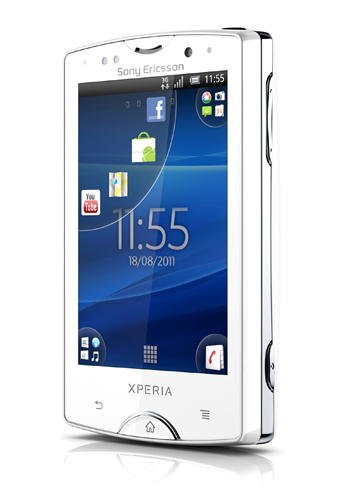 Sony Ericsson's Xperia Mini Pro: take it out for a slide

The Xperia Mini Pro is one of the smallest Android handsets you’ll find anywhere at 90 x 53 x 18mm and weighing 136g. But it has also got a trick up its sleeve, as it slides open with a reassuring clunk to reveal a 43-key full Qwerty keyboard. The teensy keys sit proud of the casing and while they don’t have much in the way of grading or angling, there’s enough room between each for mis-keying to not pose much of a problem.

Beneath the screen is a hard home button, flanked by touch sensitive back and menu keys. On the side are a volume rocker and camera shutter button, with power/sleep button, 3.5mm headphone jack and a micro USB slot covered by a plastic grommet on top. The 3in capacitive touch screen offers 320 x 480 pixels – not a terrific resolution, but not bad for a screen this size. 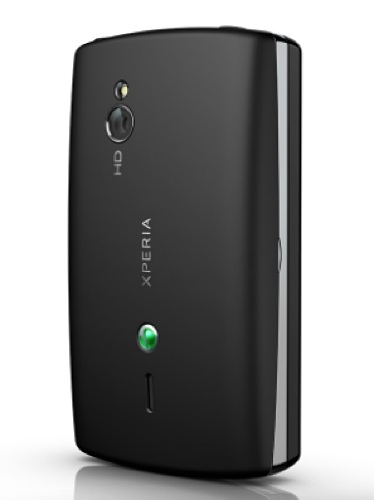 There's a version in pink available too

On board is Android 2.3.3 Gingerbread and Sony Ericsson’s UI uses the four-corner design that was on the X10. It’s a clever way to make use of the smaller screen, offering a shortcut (Messages, Media, Phone and Contacts) in each of the screen’s corners, rather than in a row along the bottom.

The 1GHz Snapdragon processor backed by 512MB Ram is extremely fast, delivering a Quadrant Standard benchmark rating of 1875 – which puts it in front of nippy single-core handsets like its stable mate, the Xperia Ray, and HTC's Incredible S. The Android browser renders pages well for the most part and supports Flash too, so streaming video isn’t a problem. 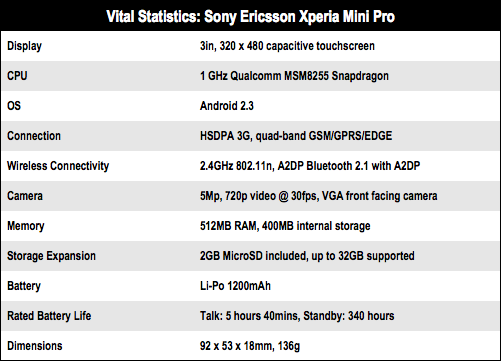