Review “For good or for ill, air mastery is the supreme expression of military power,” said Churchill, “and fleets and armies, however vital and important, must accept a subordinate rank.” 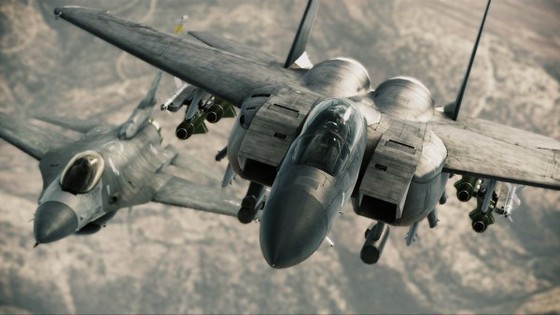 Taken under the wing

That may be true in the real world, but when it comes to videogames air combat has long accepted a subordinate rank to the supreme expression of digital conflict: the First Person Shooter.

By taking a leaf from Call of Duty's military manual, Ace Combat: Assault Horizon hopes to challenge that preponderance. From the acronym-heavy jargon and 'ooh-rah' camaraderie of cut-scenes to the unlockable perks and killstreaks of multiplayer, Assault Horizon's influences are obvious. But despite the familiarity, there's enough novelty to prevent contempt from shooting down Namco Bandai's reboot of its popular dogfighting series. 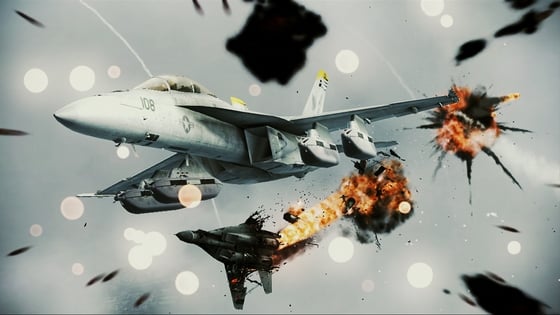 That novelty doesn't extend to the narrative, though. The story of an ace NATO squadron fighting to prevent a Russian military coup so closely follows the flight path of Hawx 2 that Jim DeFelice, the "best-selling author of military thrillers" who penned it, must have plotted it on autopilot. Fortunately, the prosaic yarn of WMDs and ultra-nationalist secession is played out in skipable cut-scenes that only briefly and occasionally interrupt gameplay.

The dogfighting is, however, a lot more exhilarating. Resolutely arcade, Assault Horizon eschews plausibility in favour of bone-jarring thrills. Flight dynamics are kept simple, but there's enough variation in airspeeds, manoeuvrability and weapon loadouts to ensure its bleeding-edge military fighters all behave distinctly. As do enemy fighters which, thanks also to decent AI, require you to tailor your tactics on the fly for effective combat. 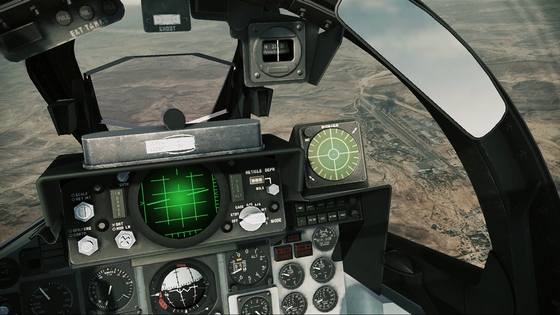 Bogeys are classified as regular Targets or Target Leaders to distinguish rookie pilots in inferior fighters from combat aces in superior ones. While a missile lock or cannon fire from behind is sufficient to down most regular Targets, Target Leaders present a more formidable challenge, demanding the use of Assault Horizon's novel mechanic, Dog Fighting Mode.