But there have been losses. The group’s MacBook Pro went missing – possibly during a police raid, we were told – and the loss of the central computer left administrators scrambling to get settings and email contacts back online. While the IT administrators with whom El Reg spoke to were keen to get hold of another MacBook to replace the loss, at this point, anything will do.

“We’d love to get an Apple, because a lot of the software we’re used to is on the Mac,” one said. “Linux machines are always nice, given Linux is having the same revolutionary effect on the industry as we are on society, but even Windows machines would be a help.” 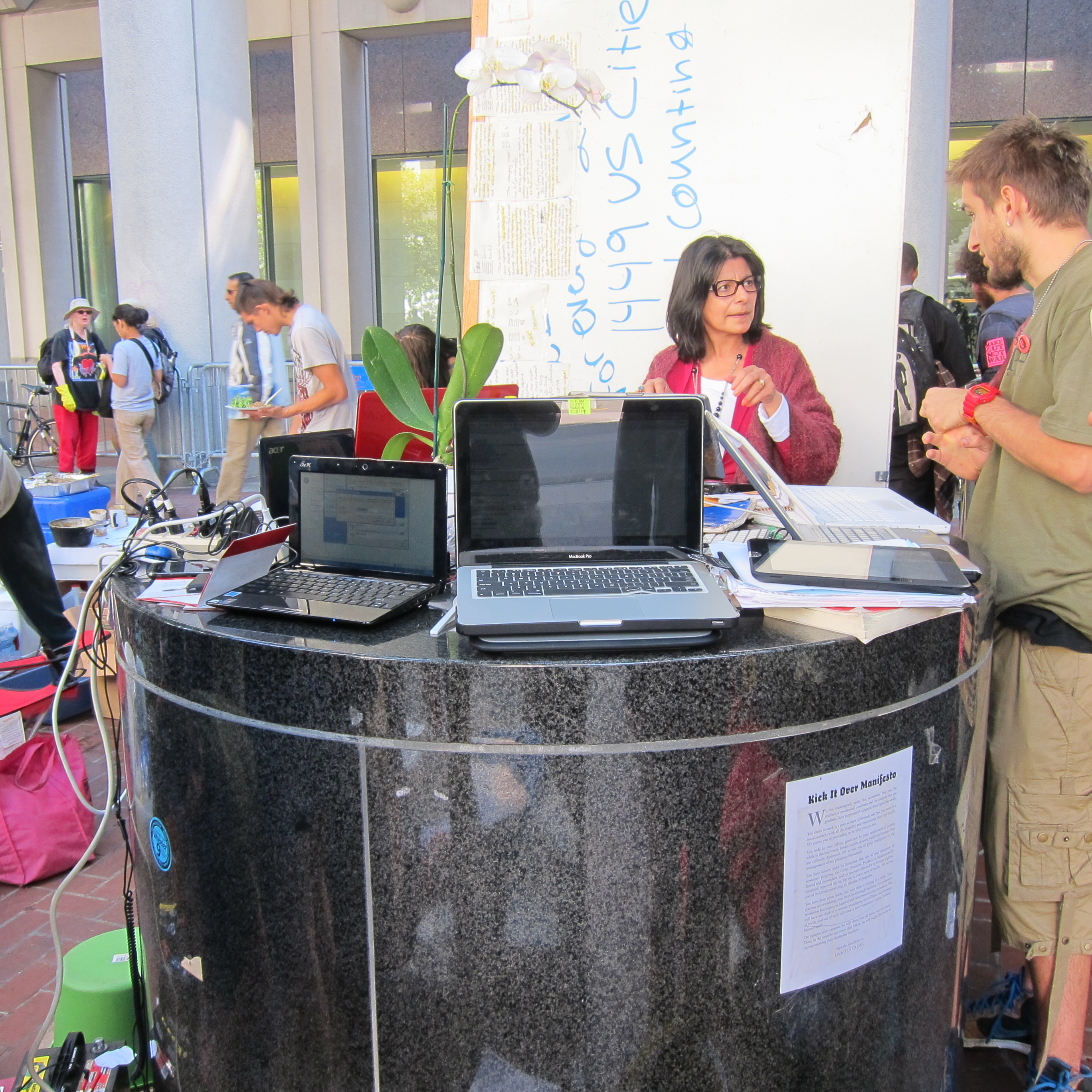 OccupySF are using a traffic barrier as their media center

When it comes to getting actual internet access, the group faces a major bottleneck. With no landline or open Wi-Fi networks in range they are having to rely on cellular systems for basic internet access, while large files for upload need to be transported offsite to somewhere with a landline.

The team is using off-the-shelf LTE hotspots running WPA2, donated to the cause early on, for access. However one clever coder has managed to jailbreak an EVO handset to turn it into an eight node hub, although in effect only about four people can use it at any one time without bringing the device’s speeds below a usable threshold.

Using hotspots in this way does have another advantage: they are highly portable. The police have already raided the San Francisco encampment once, when they stormed in just after midnight a few weeks ago and seized a wide variety of possessions.

However, the police hadn’t done their paperwork and Department of Public Works staff returned almost everything. Nevertheless, while El Reg was there, a representative from the police commissioner’s office was onsite and investigating a complaint, so the group may have to move again.

It should be possible to rig up some kind of basic Wi-Fi connection if there were a friendly hotspot owner nearby – but given that the protestors are in the heart of the Financial District, that seems unlikely. Judging from the look on some of the faces of people leaving the Federal Bank building the protestors are about as popular as a pork pie at a rabbinical conference. 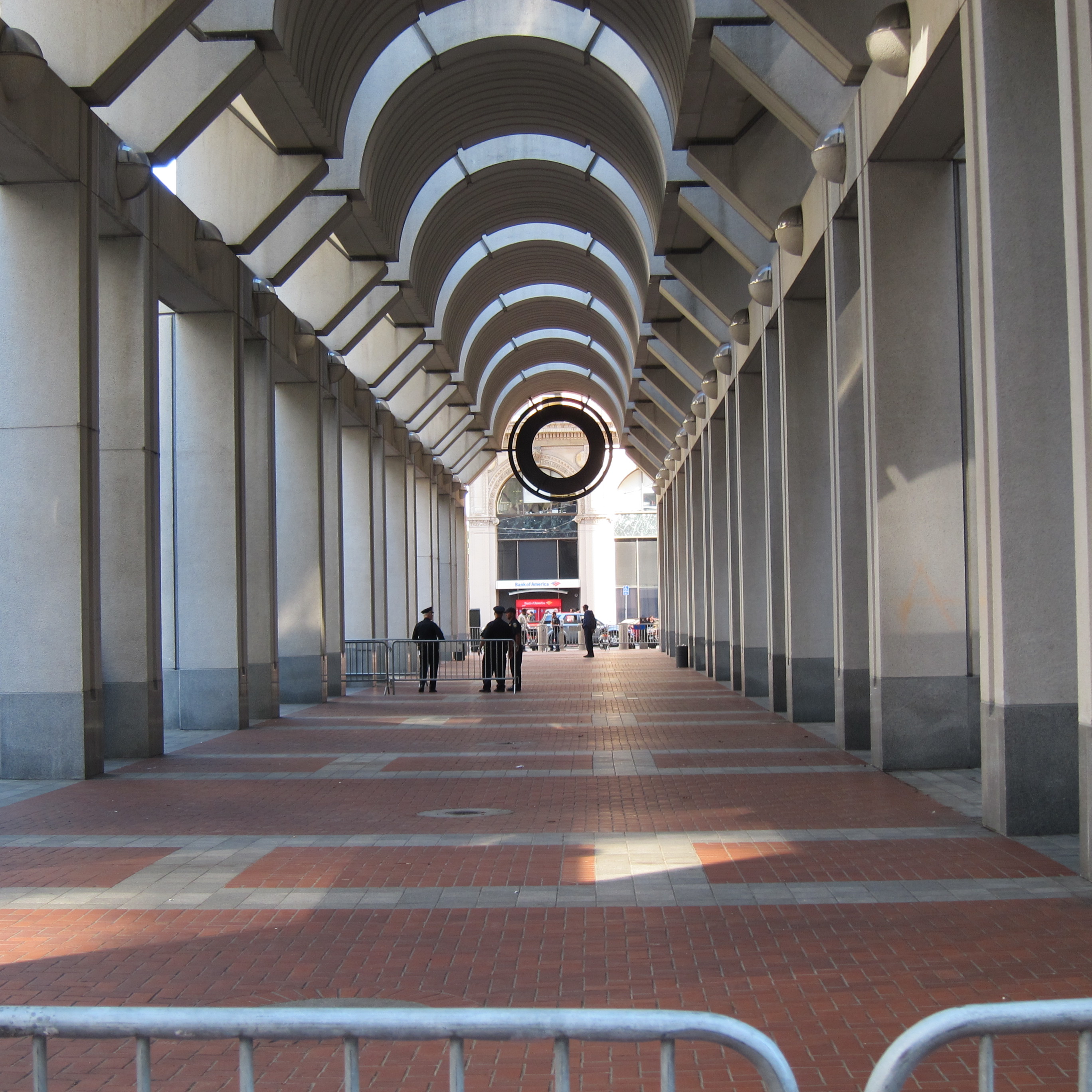 Whether you think the protestors are a bunch of hippies and slackers, or the desperate taking a last stand against powerful forces, the work of the OccupySF BOFHs (bicycling operators from hell) is impressive, considering the lack of available resources and the decidedly non-technical outlook of many protestors.

More than a few IT administrators complaining about underfunding should pop down to their local protest and learn a thing or two. ®