WSC The El Reg's elite Special Projects Bureau team touched down in a very hot and sticky Darwin yesterday, as teams challenging for the World Solar Challenge crown prepared their vehicles to face the vast interior of Oz.

No sooner had we set foot on the Lucky Country in Brisbane on Thursday, than we were treated to the traditional Oz welcome: getting shouted at by some local for smoking outside the airport.

"In Australia, we're a bit more health conscious," she angrily thundered, before storming off to catch her flight to the annual International Health Nazi conference in California.

Well, we'd like to suggest that if Aussies are that concerned about personal wellbeing, they might want to turn down the heat in Darwin, where the mercury is currently touching 32°C, with the humidity so high you can take scoops out of the air with a spoon.

It was rather sweatily, then, that we quickly made our way yesterday evening from Darwin airport to World Solar Challenge media registration, at the Hidden Valley Motor Sport Complex.

By the time we arrived, a lot of the teams had already wrapped for the day, but we took the chance to grab a few quick snaps before the sun went down.

Here's our very own Drew Cullen, demontrating just what a solar car looks like, in case you were wondering: 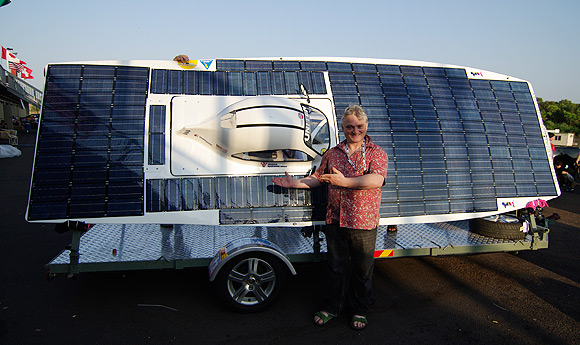 We quickly located the Durham University operations bunker, where the team happily posed for a family snap: 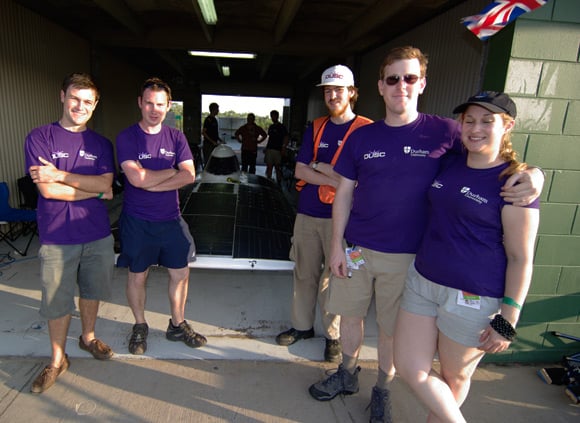 By their own admission, the Durham team is working on a tight budget. They wouldn't say how tight, but we suspect it's as tight as their vehicle's cockpit. 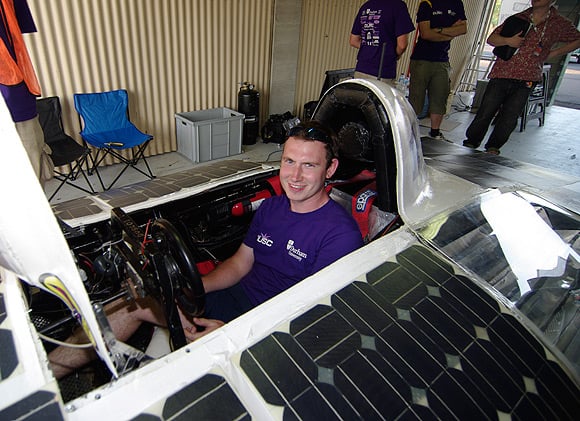 The race organisers reckon temperatures inside these cars reach 50°C out on the open road, so we're glad we opted to folow the proceedings from the comfort of an air-conditioned 4x4.

Here's another non-air-conditioned set of wheels, belonging to Istanbul University: 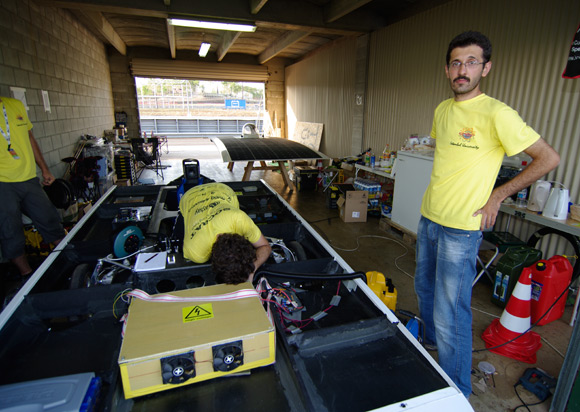 The University of New South Wales team, meanwhile, was diagnosticizing its wheels with a lappy: 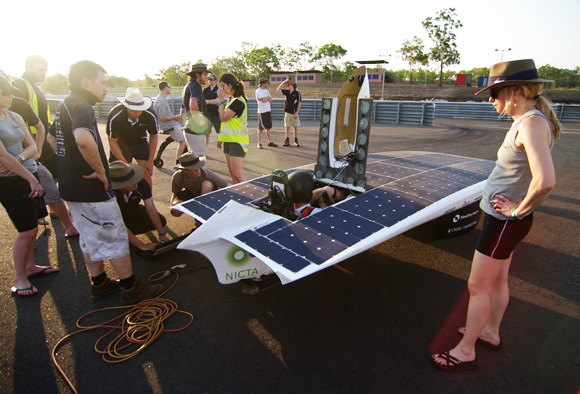 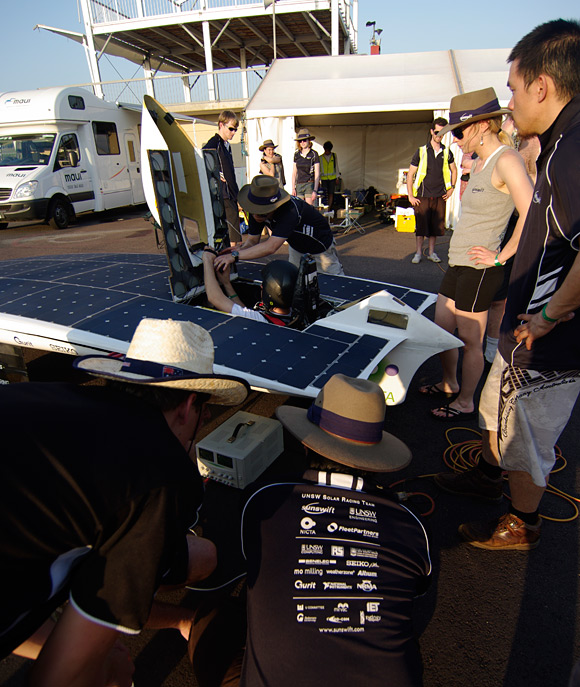 That's a quick look at a few competitors, and of course we'll have more for you in due course, when we've recovered from the jet lag and the anti-smoking earbending, but here's what the plucky Durham Uni team is up against in its bid for solar glory: 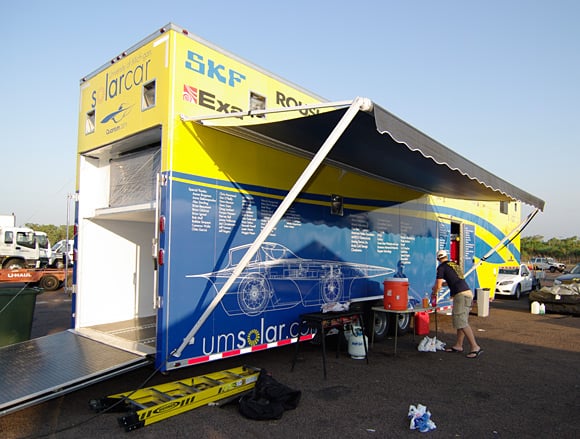 Yes indeed, it could only be the University of Michigan and its multi-billion dollar juggernaut trailer, the size of, er, Michigan, and which we gather was airlifted in by the US Air Force.

We hope to gain access to this preposterous beast in coming days, to see whether it really does contain a fully-kitted mobile workshop or, as some rivals suspect, huge quantities of pre-packed American food and Bud. ®

Sure, they’re small Pacific nations, but they’re in very strategic locations
Security27 May 2022 | 25