Enough to drum up demand?

PC World and Currys have knocked 150 quid off the price of RIM's BlackBerry PlayBook in a bid to encourage sales of the 7in tablet. 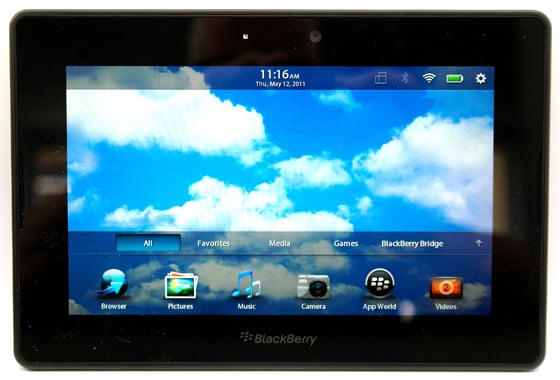 The cuts come just a few weeks after RIM knocked $200 off the US price, taking the tablet down to $299, surely inspired by the success of HP's $99-a-pop TouchPad sale and Amazon's introduction of a $199 7in tablet, the Kindle Fire.

Indeed, the Fire is said to be based on hardware already developed for the PlayBook.

Whatever, channel sources who've spoke to Channel Register over the past few months suggest demand for the PlayBook is weak, so RIM an its retailers have little choice but to egg on potential punters by offering the tablet at a more attractive price.

Lenovo pops up tips on its tablets. And by tips, Lenovo means: Unacceptable ads

Amid customer fury, PC maker says it has 'no plans to add any further push notifications' to its stealth adware
Personal Tech3 Sep 2021 | 122

World+dog continues to swallow this tablet, though
Personal Tech29 Jan 2021 | 81