During our coverage this week of the World Solar Challenge, live from Down Under's Stuart Highway from Darwin to Adelaide, some of you weren't too impressed with our account of meeting a big truck bearing an improbably large mining vehicle – some kind of monster Tonka Toy with wheels the size of a two-storey house.

Such loads are announced by some lead wheels, such as a van, bristling with flashing lights and large signs, warning oncoming drivers that they're about to confront a substantial Oz highway beast.

Well, a couple of commentards snorted in derision at the modest dimensions of this menace, citing legendary loads of such magnitude that whole towns astride the highway had to be demolished to facilitate their passing.

We weren't going to take that lying down, and here are a couple of snaps we took on Wednesday just north of Coober Pedy. These were grabbed from the safety of the Stuart Highway verge, or more accurately, the ditch next to the verge: 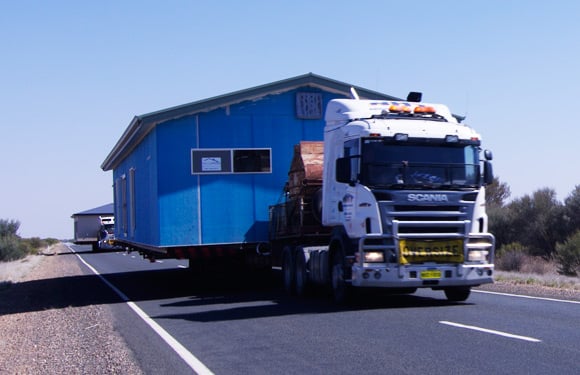 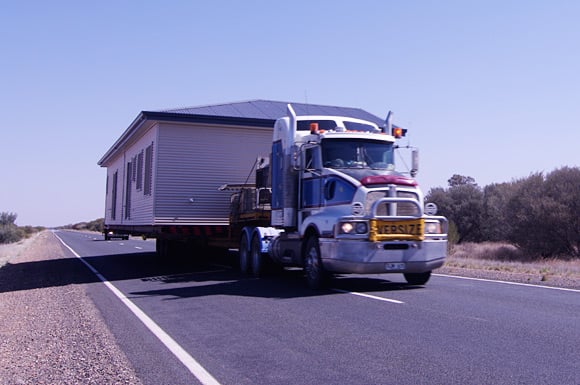 No doubt our Oz readers can recount even more terrifying examples of "the time they moved and entire town on the back of a road train from Alice Springs to Darwin", or "that's nothing, my uncle Bob once carried 500 sheep balanced on a pole tied across the back of his ute 430km from our homestead to market".

Bring it on – but we want photographic evidence.

And while we're dealing with comments from you, our beloved readers, we're happy to deliver the distance from Darwin to Adelaide in proper units.

We've been providing race distances in kilometres, as is the local custom, but since that measurement has a distasteful whiff of the French about it, here's Darwin-Adelaide in approved units: