Our man gets a grip on Elop's mangoes

Nokia World You are about to read what may be the shortest “hands-on” review you’ve ever read. But there is something quite surprising, I discovered, not appreciated until you compare both new Nokia models.

Why the Clown Colours?

After half an hour putting each through its paces, the budget model is the much more impressive offering. The Lumia 800 "Sea Ray" has been widely leaked, it's an N9 body that runs Windows ... and has buttons. It is priced at €420. The smaller and much cheaper Lumia 710 is described by CEO Steve Elop as the “no nonsense and affordable” alternative.

What hasn’t been widely noticed is that both use exactly the same processor. The 710 is more compact and €150 cheaper. Is the 800 €150 better? No. This makes the 710 really feel like a steal. The white model in particular looks much less contrived than the “premium”. The 710 is going to push Android hard, and users will be pretty happy with their bargain.

Speaking of which, at several points I asked Nokia people whether they would seriously choose to carry around a phone that is Shocking Blue, Shocking Yellow, or Screaming Pink. These are clown colours – they don't convey "edgy" or hip, but Ronald McDonald. Or Mr Tumble.

It’s not a great colour palette and if Nokia is going to invest in materials and finish (no pun intended), they have to broaden that palette. Nokia used to have great designers, with the ability to make grey-ish plastic hues look expensive and un-grey. They need to do that again, making use of the new materials and manufacturing techniques now available. 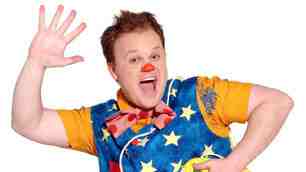 Is this Nokia's new chief designer?

I would at this point start listing all the trainspotter details of each Lumia. But they’re not so different from other Mango devices as to merit it. OK, the camera is nicer on the 800. The 710 camera is nevertheless very quick. They’re Mango phones with Nokia SatNav and Office built in. That’s the bottom line.

Remember, the entire focus of the company was on simply getting them out of the door, and getting operators signed up. The chassis development, new screen resolutions, service innovation - all the things that amount to real product differentiation, making Nokia’s Windows phones stand out from everyone else’s – that can all come next year. I have no doubt it will.

But any slippage to the base models would have cast fresh doubt on Project Elop. “You’ve burned your old platforms and can’t ship a new one,” critics would have pointed out. “What sort of bozo decision was that?”

The Lumias come bundled with a music service I'd describe as a “tickbox” feature. It doesn’t do much to set the pulse racing, yet. But I gather it might turn into something more significant next year – there are plans to do a much enhanced subscription version.

The new offering, Nokia Music, is currently a set of pre-packaged playlists which can be played offline (cacheing lasts for a month). Rights-holders are paid on a usage basis. There are hundreds of these “canned static stations” as a Nokian called them. You can create your own random lists by seeding them with three artist names (make sure one is Bogshed, just for fun), or allow Nokia to scan your PC and create a “taste profile”.

None of this is terribly exciting. There are roughly 18 zillion streaming music services that offer rather more.

But a subscription version is planned and Microsoft is winding down the Zune brand. The new Nokia Music service was developed in collaboration with Microsoft, apparently. Perhaps this is a long-term venture. I used my serious face to ask what features it might include, and got only vague hints about cloud and social recommendations. It’s one to watch.

After the expensive catastrophe that was Nokia Comes With Music, it’s probably wise for Nokia to develop it gradually. ®