Google's cameras on sticks will be peering inside buildings starting from now as they start to incorporate the inside of shops and commercial properties onto Google Streetview.

Business Photos by Google are accepting applications from shops and businesses from today. Restaurants, gyms and shops from around the world can apply to have a Google-approved photographer come over and take some snaps. Stills of the photos will end up on the shop's Place page, and special 360° panorama shots will be loaded into Streetview. Then browsers roaming the virtual streets of a city will be able to pop inside a premises, and take a look at the merchandise. 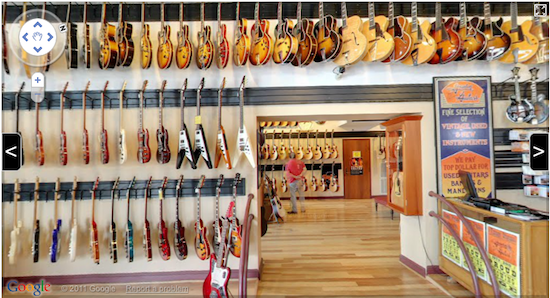 The Google snapping service will be first available in certain US cities, London, Paris, and cities in Australia and New Zealand. Berlin is a notable exception, but then of course the Germans don't have a good record with Google cameras. Google want applications from all over the world however because they want to roll the service out to locations where there is high demand for it.

The advantages for shops are clear: it's a bit of extra advertising and a chance to draw people into your meatspace store. For places like gyms it could be a good way to show off their... equipment.

And Google has even thought about what to do if you decide to redecorate. You can ask the photographer to come back and take another 360° Streetview shot if you've had a major renovation.

The advantage for Google? Well it gives them a bit more coverage of the world than they previously had. Only a matter of time before Sergey is live-streaming video from your bathroom. ®