If at first you don't succeed...

Google has announced a major upgrade to a product that has fallen flat on its Googly face: Google TV.

"The initial version of Google TV wasn't perfect, but launching it gave us the opportunity to learn," Google's VP of product management Mario Queiroz and director of engineering Vincent Dureau co-wrote in a blog post on Friday.

"These are still early days," they added, "and we're working hard to move forward with each update." Early, of course, is a debatable term: Google TV was unveiled on March 20, 2010.

But we have no reason to doubt Queiroz and Dureau's good intentions – at first blush, the update does indeed appear to be an improvement over the fussy UI with which earlier versions were lumbered. 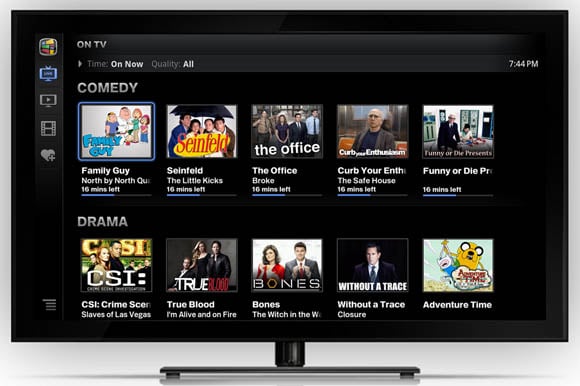 In addition to a cleaner interface, the new version adds access to the Android market. Well, a quite limited selection of apps in the market, at least.

"Initially, the number of apps won't be large," Queiroz and Dureau admit, explaining quite reasonably that apps which require a touch screen, GPS, or telephony won't be available. They do promise, however, that "50 developers have seeded the Market with cool and useful apps for the TV."

Those would be the developers for whom Google released Google TV templates, guidelines, and a UI library for its Chome–meets-Android Google TV operating system this February. 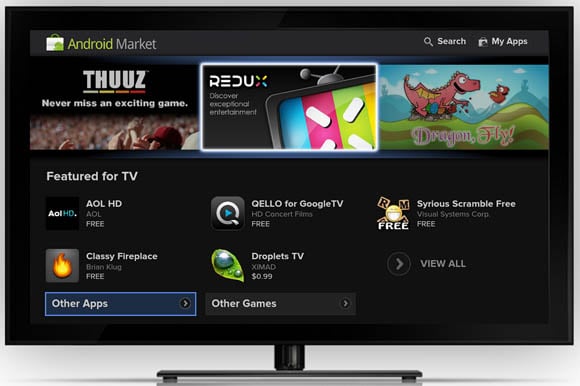 They also promise that the new interface will make it easier to search "Live TV, Netflix, YouTube, HBO GO, and more," and that a new browser called, appropriately enough, "TV & Movies", will let you peruse 80,000 films and TV shows on "cable or satellite, Netflix, Amazon, YouTube, and many other sites."

What you won't be able to watch is any web-based content from ABC, CBS, NBC, Fox, or Viacom – the first three blocked Google TV access to that content last October, Fox joined the lockout in November, and Viacom followed suit later the same month.

But for the content you can watch, the new UI has new help. You can now, for example, turn "virtually any topic" on YouTube into its own channel.

The upgrade will be rolled out to Sony Internet TVs early next week and Logitech Revue TVs "soon thereafter".

A cynic might dismiss the entire upgrade with a deck-chairs-and-Titanic metaphor, but as described by Queiroz and Dureau it does appear to be a welcome upgrade for Google TV fans. Both of them. ®