Adventures in Tech: Taking the plunge into IPv6

Our intrepid reporter does it, but you'll still have to

Part 1 The threat from the fast-dwindling supply of mainstream "IPv4" Internet addresses for new users is a bit like Y2K creeping up on us all over again. Almost no one can see beyond the cost of code review, systems change, hardware upgrades and general upheaval into the brave fairly-old world of IPv6 - but putting it off forever isn't really an option either. And like Y2K, if it's handled well, no one will ever notice or thank us "IT professionals" for it: we'll be accused of make-work, scare-mongering and overcharging. What's not to like?

Ultimately IPv6 will do away with the much of the annoyance of NATing, dynamic IP addresses, address rationing, etc, and should make for more efficient and cheaper communications. IPv6 support may soon be necessary to be reachable at all by some users.

IPv6 (or IPng: Next Generation) has been the future of the Internet for a decade and a half, so why the hesitation to get with the programme? It's probably a case of "if it ain't broken" and Y2K backlash, but the existing IPv4 address scheme is now broken and Y2K wasn't a figment of the imagination (I fixed a lot of finance-related bugs around then, trust me).

Anecdotally it seems relatively safe, for example, to implement dual-stack (ie with both IPv4 and IPv6 address) Web sites immediately. See the "heise online" IPv6 experience which was largely positive.

"The small number of flaws was so encouraging that heise online decided to adopt dual-stack for production use as soon as possible ... [users] do occasionally report problems. The majority of these continue to revolve around the flawed IPv6 implementations in Mac OS X, iOS and in the firmware of AirPort base stations. But the number of cases is far smaller than previously feared. Overall, heise online considers the switch a complete success, and would recommend it to any similar site."

8th June this year was "World IPv6 Day" http://www.worldipv6day.org/faq/ which was a global test of the new world order. It mainly worked, and almost no one noticed. In particular, bringing up IPv6 support didn't in practice hurt IPv4 users much or at all.

And just failing to plan for IPv6 at all doesn't just lose traffic and potential customers. It may also undermine your security too. You'd better plan those IPv6 security policies, keep an eye on rogue 6-in-4 tunnels (failing to upgrade your external links doesn't necessarily stop IPv6 getting in and out), and work to minimise the attack surface of already-IPv6-capable services and applications in house. 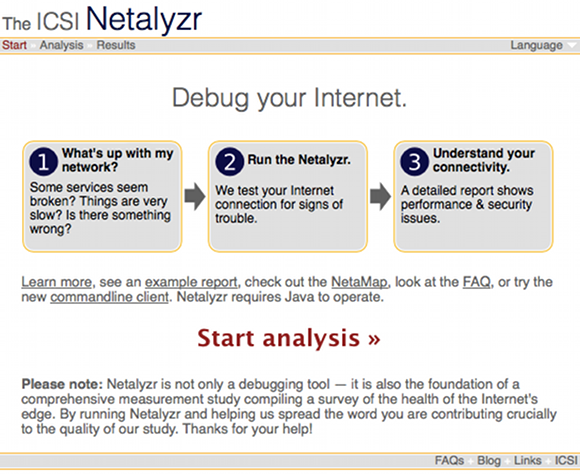 Netalyzr poised to start looking at my Internets

Let's put aside for the moment the matter of whether you're going to upgrade your client or app or server to support IPv6, what would need consideration if you did?

Next page: THE WEAKEST LINK IS YOU
Page: