The BBC's improbable units department was in fine form last week when it decided to quantify the land area of the United Kingdom in doormats. 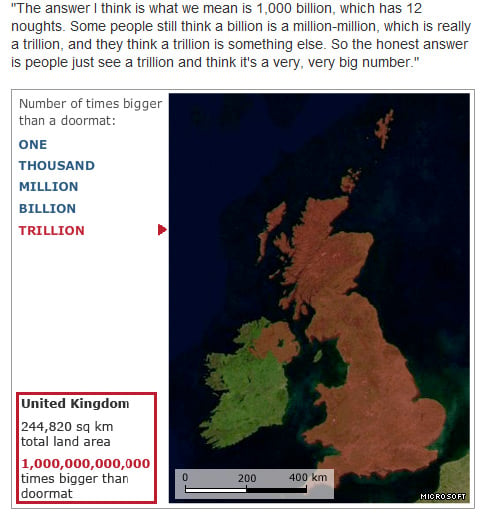 Good stuff. The corporation also usefully explains that Manchester stretches to one billion doormats, while anyone with a "large house and garden" can comfortably roll out 1,000 doormats.

Ta very much to all those readers who alerted us to the BBC's doormat.

All of the norths are about to align over Britain

Magnetic north is on a walkabout, and your OCD will benefit
Bootnotes4 Nov 2022 | 112

Is it any surprise that 'permacrisis' is the word of the year?