A computer of habit?

Review There’s something very strange going on in ThinkPadland. Reports of two-headed calves, even flocks of birds flying backwards – these are nothing compared to some of the design changes wrought on ThinkPad users in recent times. 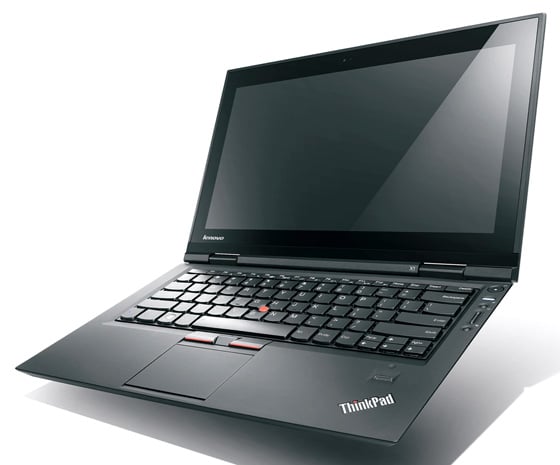 Since it was launched 11 years ago, the X-series range has been home to the smallest and lightest ThinkPads family, for which business users would pay a premium. Typically a lean 12in model, and matte inside and out, the X model du jour cleaved firmly to these size and quality constraints. For years the X-series eschewed fads such as integrated batteries, glossy displays and screens, and stayed small – and pricey.

Early last year came the budget X100e, which worried loyalists deeply. A sort of enthusiastic amateur tribute band to the ThinkPad, this model had one eye on the then burgeoning netbook market: it used cheaper parts, to hit a much lower price point. And this year Lenovo launched the X1 – which from a casual glance, is not recognizably an X-series model at all. What on earth is going on?

In comes the latest crank of the X1 for us to have a look. 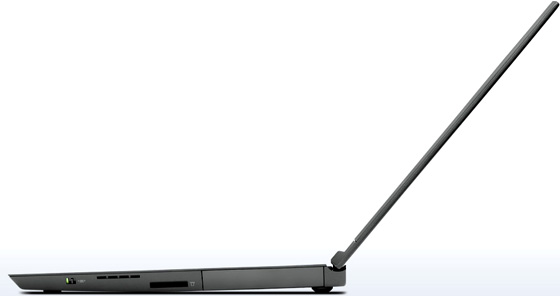 First impressions are that the X1 looks much more like a 15.4in machine than the 13.3in model it is. The glass – Corning Gorilla glass in this case - comes to within a few millimetres of the edge of the lid, but the viewable area is smaller, as the display has a sizeable black border. A Lenovo logo is tattooed into this margin. Yes, just like an Apple display.

The screen is a mere 1366 x 768 pixels, when really omething as wide as this should accommodate a higher resolution. Even the much smaller, venerable X200 offered up to 1440 x 900. The gloss display has an anti-glare Corning glass finish, which is much less reflective than a typical High Street consumer models. At 350nits its not as gloomy as tradition dictates. 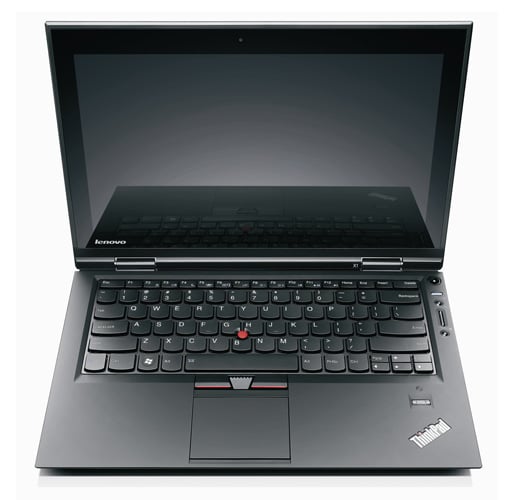 A glossy display, but it's the resolution that's the issue here

It’s the first ThinkPad to eschew a replaceable battery for a built-in one, resulting in a sleeker design. This model came with a 2.5GHz Intel Core i5-2520M processor and 8GB of RAM – the base model has 4GB. It also features a 128GB SSD, which, out-of-the-box, leaves just 65.1GB free of the main 102GB partition.