Review Here we go again. Back to bungie jumping from the dam at Arkhangelsk. Back to sneaking across the snowy fields around the Severnaya satellite installation. And back to dodging fierce crossfire on the gantries of an antenna cradle. 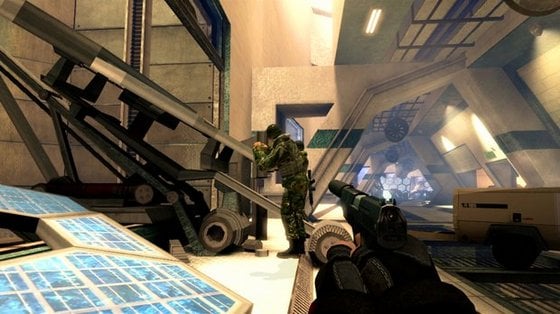 The sound of silencer

After almost 15 years, these sequences remain some of gaming's most memorable scenes. Little wonder, then, that Goldeneye 007: Reloaded is at its best when retreading the iconic scenarios of Rare's much adored Nintendo 64 shooter.

The new release's one big trick is not merely to serve up nostalgia, however, but to subvert it, to surprise the player by reworking classic scenes from a fresh perspective and retrofitting them with modern shooter tropes. Take the opening level at the Northern Dvina River, for example. 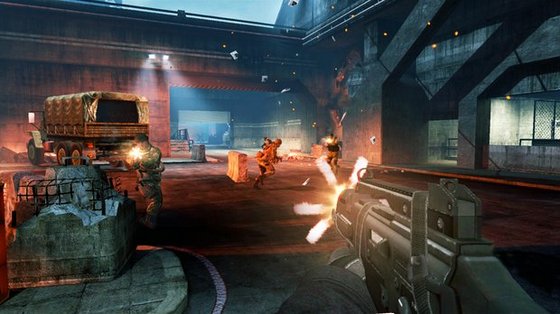 Apart from the obvious graphical overhaul - all now HD - the location is exactly the same place it was 15 years ago. But this time much of the slow, methodical gunfight through fortified checkpoints is replaced by a on-rails shoot-out riding shotgun in a truck driven by Alec Trevelyan – sadly not voiced this time by Sean Bean in his best bluff-Yorkshireman-speaks-toff accent.

Or take the train level, once a claustrophobic, linear duck-shoot here opened up and complicated by additional enemies firing through the windows from outside the now stationary train. 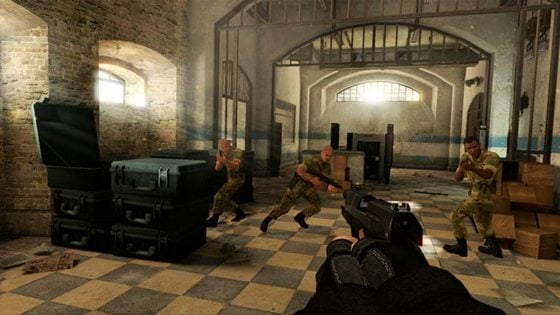 I spit on you, Spetnatz

It's a real shame, then, that Eurocom only occasionally chooses to pull off this trick. For the remainder of its six-hour campaign, Goldeneye 007: Reloaded defaults to the generic modern shooter template, where the only nods to Rare's original are, judged by current standards, at least, shonky animations and whac-a-mole AI.

This is no homage to the original, or even pastiche - this is 'Bond of Duty', a diluted sop to the CoD mass market with precious little personality of its own.

Next page: Don't be alarmed
Page: