Flash fab operator and drive supplier Micron is going to rapidly strengthen its server flash offerings, as well as developing its desktop/notebook SSDs.

At the moment it offers a single PCIe flash card product, the single level cell (SLC) P320h using 34nm technology. According to a chart presented at a Needham investor conference, this is going to have a multi-level cell (MLC) brother added, we think, in 2012. Typically MLC flash is slower and used in larger capacity product than SLC flash. 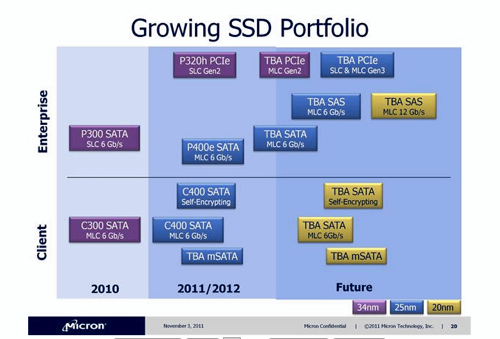 Micron's 25nm, 6Gbits SATA, P400e entry-level enterprise solid state drive (SSD), which uses MLC flash, will be followed by another MLC product with the same interface in 2012/13, and a SAS interface one in 2013/15 with a 20nm, 12Gbit/s SAS one using 20nm technology after that. It is the first 12Gbit/s SAS interface product we have come across. 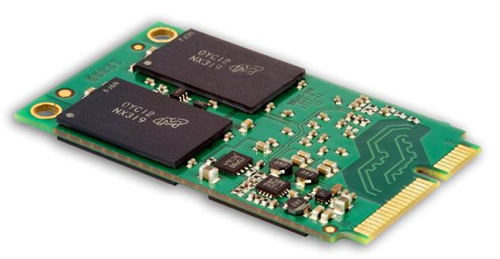 It has a desktop and notebook SDD called the C300, a 6Gbit/s SATA, MLC device using 34nm technology. This was followed by a C400 using 25nm technology, of which mote than 700,000 have been shipped, and a mSATA format version is due too, targeted at tablets and ultrabooks. This SSD could be used as a cache with a disk drive holding all the data behind it. We expect this mSATA C400 by the end of the year.

In 2013 or later, this 3-product set for clients will be refreshed with 20nm technology. ®