A tenth of Chinese farmland polluted by heavy metals

Your old PC is poisoning China's future. And Africa's. And India's. And...

A new report on environmental pollution in China has shown that around ten per cent of the country’s farmland is heavily contaminated with lead, zinc, and other heavy metals.

China's Southern Metropolitan Daily reports that Wan Bentai, the chief engineer for China's Ministry of Environmental Protection, said that "in total about 10 percent of farmland has striking problems of heavy metal levels exceeding (government) limits," according to Reuters. "In recent years, there have constantly been outbreaks of heavy metal pollution, and from January to February alone there were 11 incidents, nine involving lead," he told a conference in Guangzhou, one of China's largest cities.

The pollution comes from industrial processing plants flouting environmental guidelines, with the electronics industry a prime culprit. While a few of the Middle Kingdom’s factories are as green as anything in the West, the vast majority use dirty and outdated processes and rely on poor enforcement of environmental standards.

The problem is even worse when it comes to the processing of electronic waste. According to UN figures, cited by Greenpeace, the world produces around 20-25 million tons of e-waste every year, and China, India, and increasingly Africa are being used as dumping grounds, or are buying the scrap directly. Some of the material is processed to extract valuable metals in a way that is highly toxic to both the processors themselves and the wider community.

“Most of our focus on the recycling has not been on recycling plants per se (which would exist primarily in the developed economies - Japan, EU and North America) but on the informal recycling (often nothing more than open burning) in places like China, India, Pakistan, and increasingly, West Africa (Ghana, Nigeria),” Casey Harrell from Greenpeace told The Register in an email message. 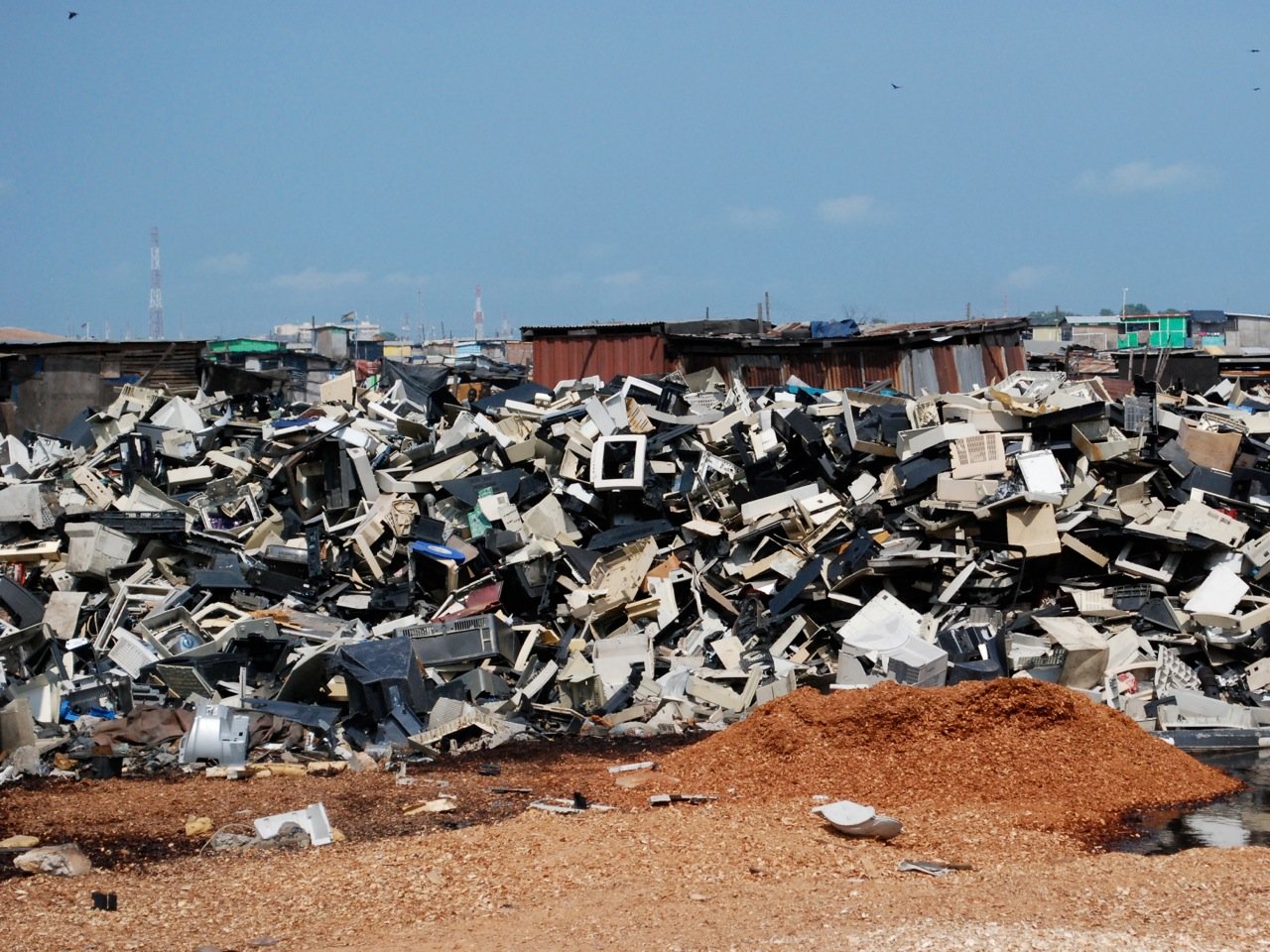 One common technique is collecting copper from wiring by simply burning the plastic coating off and harvesting the metal. This not only releases burning plastic, but also the bromide flame retardants (BRF) mixed in, and the chemicals released can spread for miles. Research cited by Greenpeace from such a plant in Guiyu, China, found a BRF toxic bloom 74km around the site.

However, there are also more valuable metals to consider – especially in older PCs, as The Reg has pointed out. Crushed-up circuit boards can contain over ten times the amount of gold found in high grade mined ore, and the processing technique widely used is toxic in the extreme. The electronics are burnt, then mixed with aqua regia (a mix of nitric and hydrochloric acid) which precipitates out the gold. The remaining slurry is usually dumped directly into the nearest water supply.

According to Kyle Wiens, cofounder of iFixit and e-waste crusader, there’s really no way to extract valuable materials from electronic waste in a way that is both safe and economical. It does make sense, however, from a strategic standpoint. Japan, for example, has instituted strict recycling systems to recover rare earth materials from electronics as a hedge against China cutting off supplies.

“The fact of it is, if you recycle locally then most likely it’s going to be shipped to a developing country,” he told The Register. “There are some that think everything should be recycled in US and UK. But that’s a little bit shortsighted. There’s a real need for jobs in these countries, you just need more oversight,” he said.

He cited a factory in Kenya that is currently buying up CRT televisions from the US and refitting them, gaining about another 10-to-15 years use out of the devices before they need to be junked in a country that can't afford flat-panel technology. This kind of life extension of electronics offers a much better course than simply banning e-waste, or letting the scrap metal dealers continue to poison workers and the environment.

China has made some attempts in recent years to clean itself up from an environmental perspective, but this latest report makes it clear that more needs to be done. Heavy metals are easily carried via groundwater to contaminate large areas, and the problems they cause will affect generations to come. ®