'We just plain ran out of atoms'

But that relatively straightforward sequence of improvements didn't last. In the early 2000s, Bohr told us, "Traditional scaling ran out of steam." The problem was that as process sizes got smaller and smaller, circuits tended to leak more power proportional to the amount of electrons that are doing useful work.

Or, as Bohr put it, "We just plain ran out of atoms." When you're talking about gate oxides, he explained, a 1.2nm deposit is only about six atomic layers thick.

At that point, Bohr said, it became clear that it was necessary to investigate, develop, and introduce what he called "revolutionary features", such as strained silicon, then high-k metal gate, and most recently what Intel calls tri-gate transistors and much of the rest of the world calls FinFET structures. 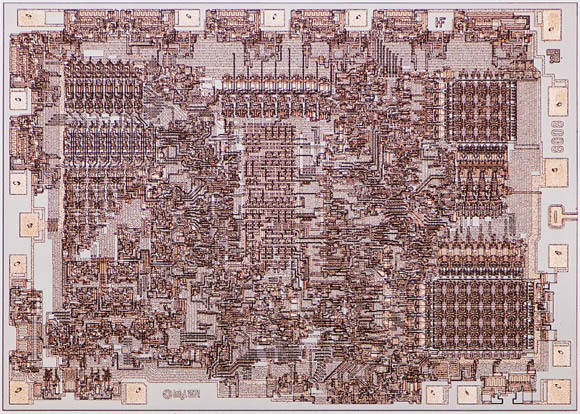 But we're getting ahead of ourselves. On the architectural side, there were plenty of developments underway while the process engineers were busily scaling down the chips' transistors.

The 8080 wasn't alone, though – there was plenty of competition in the earlier days, such as the Zilog Z80, Motorola 6800, and MOS Technology 6501, which Pawlowski told us were all essentially equal competitors at the time.

"The 8080 was essentially just a simple processor," he told us, "but it had a program counter, it had these nice, wonderful eight registers that we have today, the eight-bit registers. Then the 8085 was an extension of that – it was essentially a 5-volt part."

The 8088's claim to fame was that IBM chose it for its groundbreaking IBM Personal Computer – aka the Model 5150 – which it introduced in 1981. According to Pawlowski, IBM chose the 8088 because its 8-bit external bus was compatible with peripherals that had been developed for the smaller-market 8080 and the 8085. 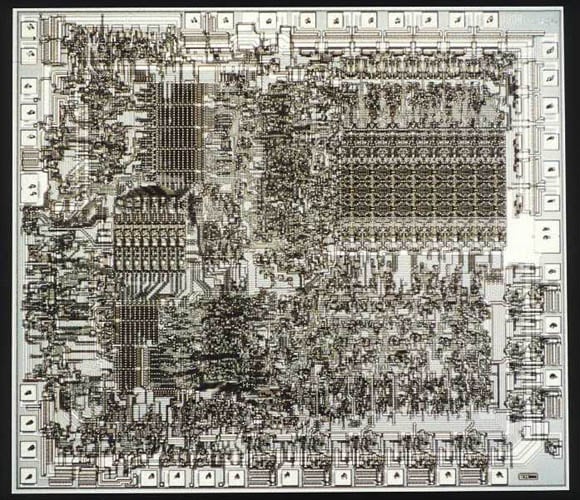 After the 8086/8 came the 80286, which Pawlowski described as not a ground-breaking departure, but rather "just a better architecture than the 8086." The 80286 still required a math coprocessor, the 80287. Unfortunately, Pawlowski remembers, "The 286 added some interesting things, like with the math coprocessor they added an interrupt field which clobbered some of the old interrupt fields in the 8086."

All progress is not linear.

Next page: Change you can believe in
Page: