Obi-Wan Kenobi, you're my only hope

Boffins are one step closer to making R2-D2's holographic projector tech a reality, through a 3D display which makes images appear in mid-air with a rapidly moving laser beam. 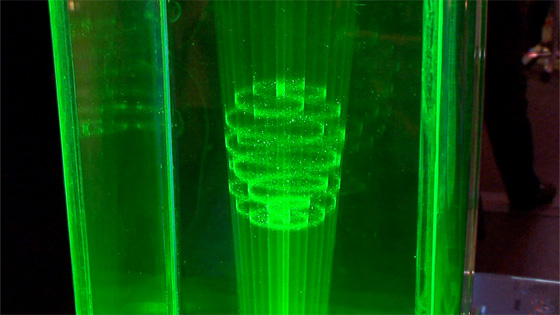 Produced by Japanese outfit Burton and based on developments from AIST and Keio University, the display is able to produce around 50,000 'pixels' per second, with a frame-rate of roughly 10-15f/s.

The team is attempting to raise that figure to 24-30f/s.

The True 3D Display apparently works by focusing laser light to produce plasma excitation from the oxygen and nitrogen in the air, DigInfo.tv reports.

According to those behind the project, it is the world's first piece of kit to display images without the use of a screen. Have a ganders at the video below for further details and a clip of it in action:

The tech was on show at last month's Digital Contents Expo in Tokyo. Now, if they'd just project an image of a Princess Leia in distress, and squash it down to fit inside an Astro droid… ®