Divining the entrails of the low-cost iPad competitor

Amazon's Kindle Fire – arguably the most-anticipated fondleslab since Apple's iPad – was released on Tuesday, and already the techno-haruspicationists at iFixit have torn one apart and examined its entrails.

The Kindle Fire – can we just start calling it the Fire? thanks – is already a hit among developers and has caused a passel of prospective iPad purchasers to postpone said purchases. 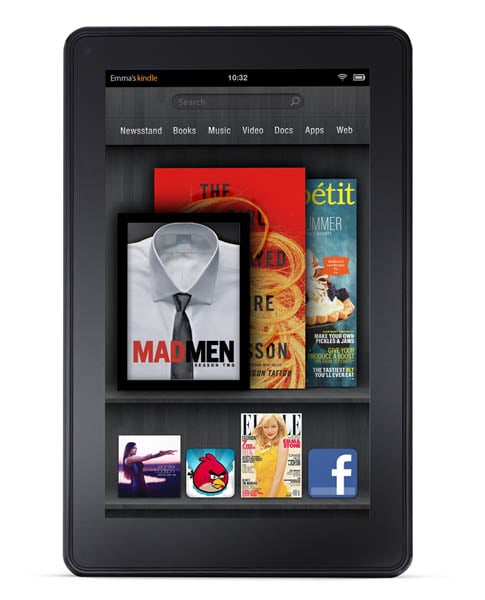 So does the Fire's bargain-basement price make it a cheap 'n' cheesy also-ran to the iPad? Not if what iFixit found inside is any guide.

For one, there's a 3.7-volt lithium-ion polymer battery with a hefty 16.28Wh/4400mAh capacity. However, despite its heft it doesn't match the specs of the iPad 2's battery trio. 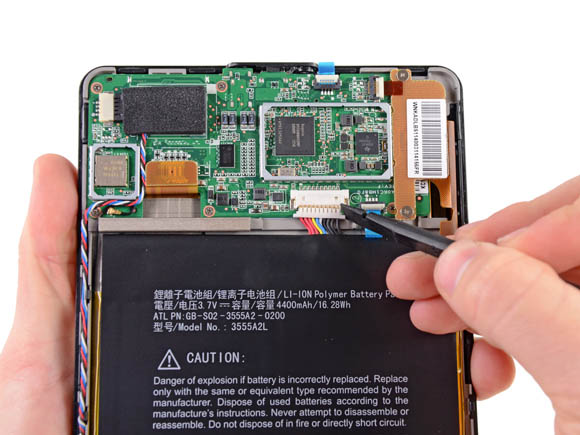 The Fire's logic board includes an impressive enough collection of chips for a $199 device – although with only 6GB of the internal 8GB of flash RAM available to users, you're not going to be carrying around your entire audio or video collections. In addition, all Amazon content is stored – where else? – in the cloud. 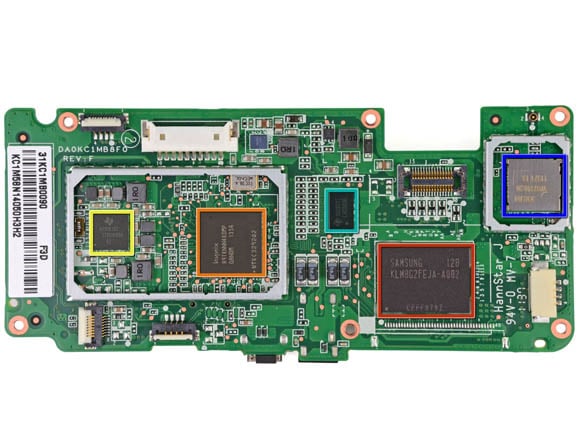 The Fire's flash RAM won't hold much – but what's the cloud for, anyhow? (click to enlarge)

As color-coded by iFixit, mounted on the top of the logic board are the following:

'But where's the CPU?' you might logically ask. Well, it's nestled underneath that 512MB Hynix RAM chip, which iFixit discovered when they decoupled the two chips using a heat gun. 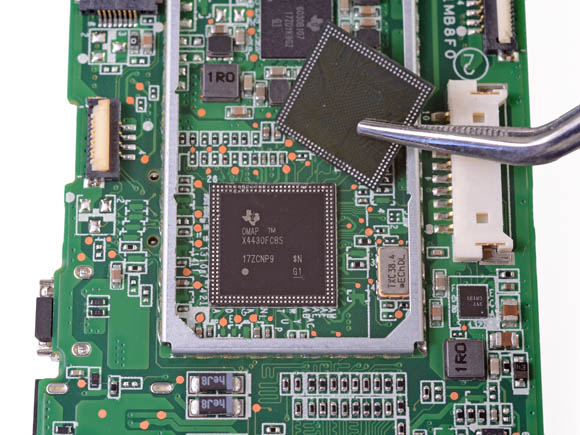 Hiding under the RAM chip is another Texas Instruments part: a dual-core OMAP 4430 (click to enlarge)

Texas Instruments also makes a 1.5GHz OMAP 4460, so we'll be anxious to see if the choice of its slower sibling was a wise battery-life/performance trade-off.

As you may have noticed, it appears that the Fire team spent a lot of time in Dallas, Texas – the new Amazonian tablet is chock-full of TI parts. 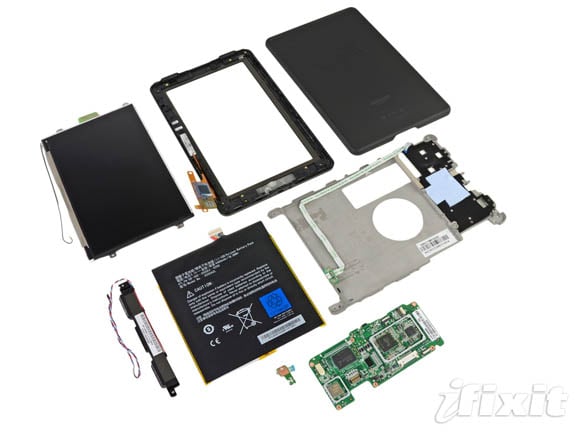 There's not all that much to worry about inside the Fire, and it's all easy to access (click to enlarge)

The folks at iFixit – as their name might indicate – are not only purveyors of DIY (and FIY) parts and tools, they're also strong advocates of gadget design that allows for easy repair. And they've found a friend in the Fire – it's easy to open and easy to reassemble.

As they told us in an email: "Two years down the line – when the battery decides to go kaput – it will be significantly easier to replace the battery in the Kindle Fire than its Apple competitor."

You can find the entire 33-photo iFixit teardown here. ®