A team of open source enthusiasts is putting together instructions for how to build 50 tools essential to establishing – or reestablishing – a civilization.

The Global Village Construction Set (GVCS) is being developed by the Open Source Ecology (OSE) group, and includes such basic tools as a well drill, steam engine, and brick making machine, along with more complicated devices such as a bulldozer, 3D printer, and 50kW wind turbine. These can be built from scrap or recycled materials at a fraction of the cost of commercial machinery.

“The basic principle is open hardware – building the machines to cover your basic needs,” OSE spokesman Nikolay Georgiev told The Register. “Basically, it’s about creating a civilization similar to what we have now, but on a smaller scale and all using open hardware.” 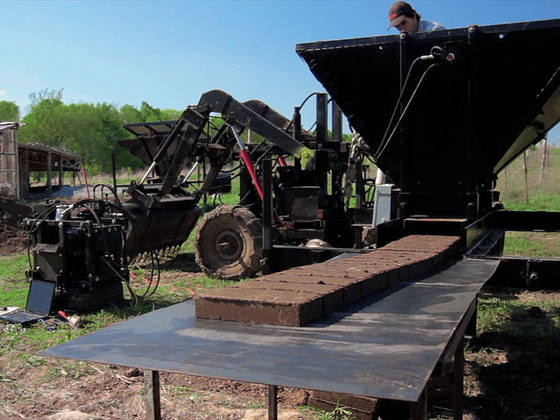 This isn’t some kind of idea spawned out of the end-of-civilization-in-2012 angst that is gripping some impressionable minds these days. Rather, it’s an attempt to make basic tools available in areas of the developing world that lack basic amenities, or for folks looking for a more sustainable lifestyle – or, for that matter, to simply to stash tool-building knowledge into the libraries of those who worry about what the future may hold.

The OSE was set up in 2003 by Princeton professor of fusion energy Marcin Jakubowski, who decided to go back to the land and start a farm in Missouri after an insight that he had no actual practical skills.

The Missouri move wasn’t a success, with fragile farm equipment and little experience, so he designed and built tools himself that were reliable, cheap, and simple designs that could be made by hand. The plan was to build tools designed for long life and maximum efficiency, and that cost the minimum to build and run.

While they won’t be winning any beauty contests, Jakubowski’s designs were capable of letting him plant 100 trees or make 5,000 bricks in a day – he even built a working tractor in six days at less than half the cost of a commercial vehicle, even when factoring in $15-per-hour labor costs.

“It’s about a newly relevant DIY maker culture that can hope to transcend artificial scarcity,” he told a recent TED lecture.

Eight basic tools, such as the four-wheel-drive tractor, hydraulic power cube, and brick maker (aka the "Liberator" Compressed Earth Block Press), are finished and the documentation is being finalized, but the team is short around $5m in funding and need more engineers to finish more-complex tools. Some tools, such as the laser cutter and circuit board printer, do seem a little ambitious, but the OSE is concentrating first on getting the basic machinery sorted out. 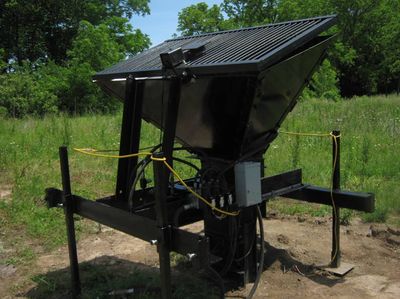 “You have to be able to farm land,” Georgiev explained. “Then you start identifying your needs for a similar life to now and thinking how all technology could be developed. There’s not just one machine that does all things.”

A Kickstarter campaign begun last month has already reached its initial goal, but the campaign is still collecting funds to build a 5,000 square-foot production facility in Missouri, with ten living units for the development team. Documentation for the first eight machines should be online by the end of this year and the team is hoping to crowdsource specialist skills for different devices, with a goal of publishing DIY details for all 50 tools by the end of 2012.

Unfortunately, no machine complex enough to build an actual computer is on the 50-tool list, since the capabilities required are beyond a scheme that's designed to keep smaller units of people alive and in relative comfort.

“It should be possible to apply the principles to computer fabrication, but not for a group on the scale of a village. This is just the first level of the system,” said Georgiev. ®