In addition to the BBC iPlayer, YouTube, DailyMotion, Demand 5 and dozens more, there’s Video Unlimited – Sony’s newly rechristened video-on-demand service, which offers a huge selection of new and recent releases in both SD and HD. 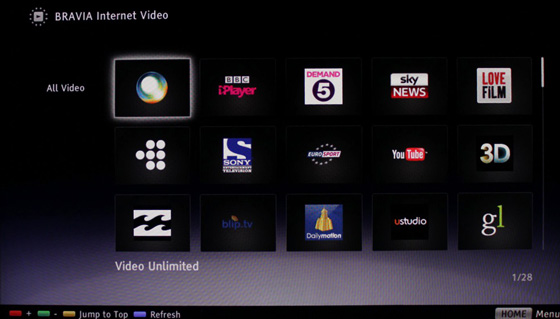 The screen can also stream content from local USB storage and from networked devices, but there’s no support for NAS-stored MKVs. There’s much better compliance from USB, with all key suffixes playing on cue.

Obviously, with a high-end Godzilla-tron like this, picture quality is paramount. The good news is this 55in titan is one big bowl of eye candy. Colour fidelity is fruity, while black levels are dark and suitably foreboding. Part of this is down to the image processing technology on-board, which includes Motionflow XR800, Sony’s fastest-ever picture polisher. 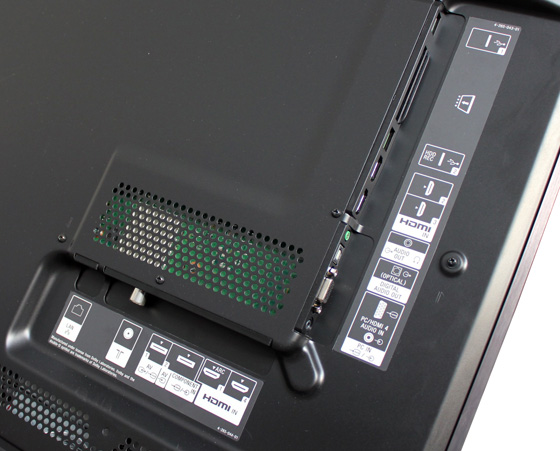 It’s certainly effective. The Standard Motionflow setting delivers around 950-1000 lines of moving resolution; step up to the higher settings and there’s no loss of perceived detail at all. Motionflow does create occasional artefacts, seen as ripples around moving objects (background and subject dependant), but for general viewing and gaming, this is a price worth paying as the picture appears wonderfully sharp.

Personally, when watching film content I prefer to turn such high framerate frippery off. There’s a drop in motion resolution as a result, but film images look more cinematic – and when you have a screen as large as this to watch your Blu-ray’s on, that’s a big win. 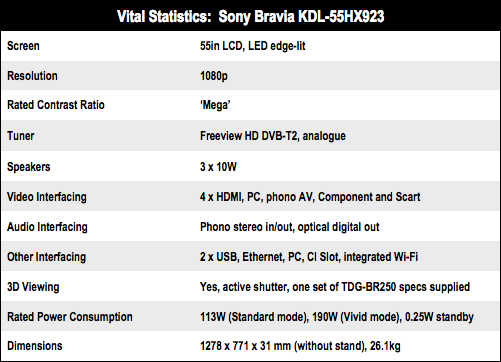