Microsoft has filed a patent for a system that monitors the behavior of employees via computers, phone calls, and physical gestures, and alerts human resources if anyone is behaving outside of preferred norms.

The patent describes how an increase in an employee’s trust in the boss is the equivalent to a pay rise, so to promote such feelings a computer system could be developed that monitors digital interaction in the workplace. This could be used to encourage behavior that makes employees happier and more trusting, and more in line with what the HR department views as good practice.

Or so they say. 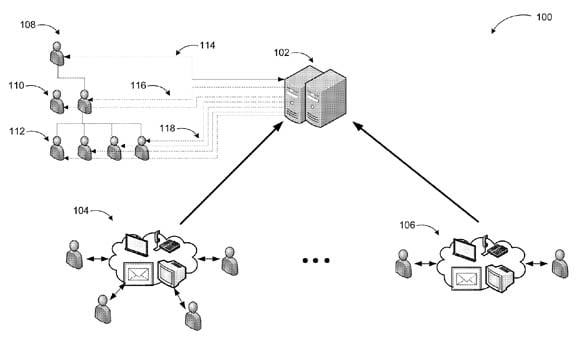 The employee-monitoring network of tomorrow

This monitoring ranges from simple accounting for time spent on email, web browsing, and word processing, so that people aren’t interrupted when they are working, to more deeper analysis of behavioral ticks – or “tells,” as the patent calls them. These include cutting people off in conversations, making prolonged monologues, and even hand gestures – Kinect is everywhere after all – as well as wearing unacceptable clothing to a business meeting.

This data is then ranked against a corporate set of predetermined values, with possible outcomes listed as “increased efficiency, increased participation, awareness of cultural practices, increased empowerment and engagement of employees, career growth, and trust improvement.”

An example of an employee performance output display is included in the filing: 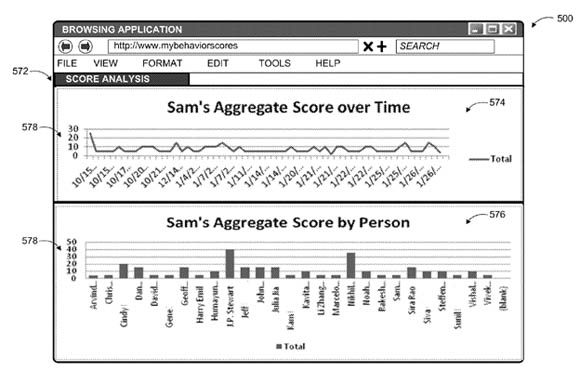 'You feel your employer is too impersonal, please improve that'

Presumably this would make the role of the HR department so much simpler at employee-assessment time. You’d simply get an email with your results for the year, and told where there was room for improvement and who to suck up to. One could expect frantic good behavior in the weeks before review as everyone banks points against the occasional laundry day or pre-caffenne snappishness at a 6am video call.

The patent has merely been applied for, not approved, and Microsoft may not be anywhere close to developing a working system along these lines. But the thought of technology like this falling into the hands of an HR department fills this Reg reporter with deep concern.

Then again, any computer system can be gamed. It may be possible to bank up points with corporate weekend conferences, volunteer work, and extended overtime, then blow most of them by punching the boss at the Christmas party, and still end up slightly ahead on the year. ®