The Legend of Zelda: Skyward Sword

Review Look who it is. Just when you thought that the dust-gathering ornament you used to call a Nintendo games console was in permanent retirement, back it bounds. Why? Because there’s a new Legend of Zelda in town - a game most will have played before in one guise or another, and one that Nintendo always finds a way to freshen up. 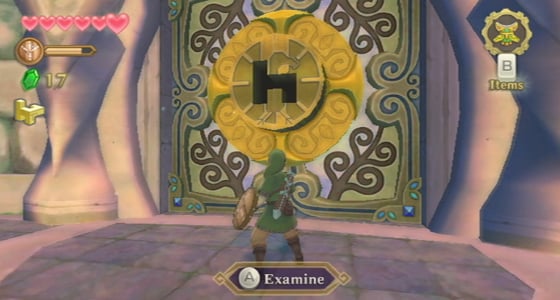 Where Link to the Past had its world-swapping; Ocarina of Time had its... well, ocarina; Wind Waker its cell-shaded high seas; and Twilight Princess its lashings of lycanthropy, Skyward Sword's main additives are a sword with nearly, but not quite, one-to-one control and the introduction of Link as master of the skies.

Skyward Sword opens in Skyloft, situated far above an impenetrable blanket of cloud which for eons has served as barrier between those above and what lies below. Exactly what that might be is largely forgotten by the Skyloftians, a people happy to live their lives above the clouds, travelling through their sun-kissed floating world atop giant birds. 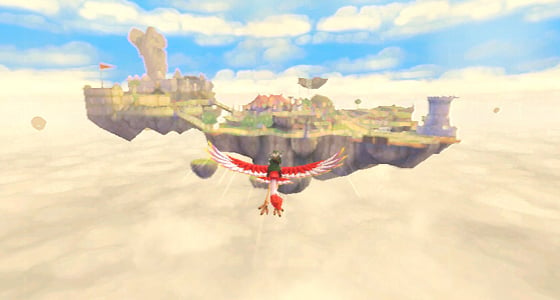 Skyloft serves as a hub from which Link will eventually be granted access to the long forgotten surface. Though that’s not to say that Skyloft isn’t without its own secrets, indeed you’re free to explore the floating islands at your leisure. Its inhabitants, a mixture of the odd and downright bizarre, tasking Link with errands, so adding to the already hefty 35 hours play time as they do.

Exploring Skyloft does, however, reveal the shortcomings of the Wii’s graphical prowess. 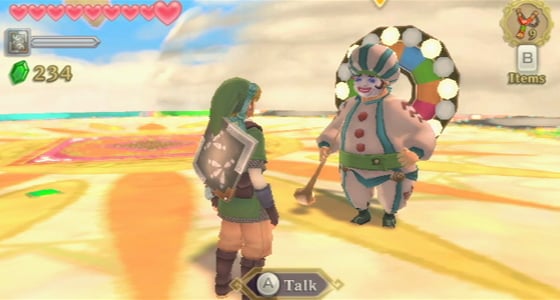 Nintendo has gone to great lengths to disguise the fact that the Wii is a geriatric, standard definition console where possible but, creative and colourful though the gaming world is, there’s too much blurring of the horizon and low res textures on show for comfort. Indeed, you’ll find yourself wondering how amazing Zelda might appear in HD.