Call of Duty gets Parliamentary praise

The House of Commons has changed its opinion that Call of Duty: Modern Warfare 3 mimics the London bombings, amending an Early Day Motion that proposed the BBFC take further precautions when allowing a game to be sold.

The revamped EDM now goes as far as to actually praise Activision's big-seller.

Labour MP Tom Watson (West Bromwich East) made his pro-game views known when he completely rewrote the Motion to say:

"That this House notes the British Board of Film Classification (BBFC) gave the video game Call of Duty: Modern Warfare 3 an 18 classification, noting that 'the game neither draws upon nor resembles real terrorist attacks on the underground'."

It isn't easy to imagine parliamentary old boys bashing control pads and calling to each other, 'Oh darn it, it's actually rather jolly good isn't it, chaps?'

However, that could well be the case as the EDM now tips its top hat towards Activision claiming, "the game has an excellent user interface and challenges the gamers' dexterity as well as collaborative skills in an online setting". 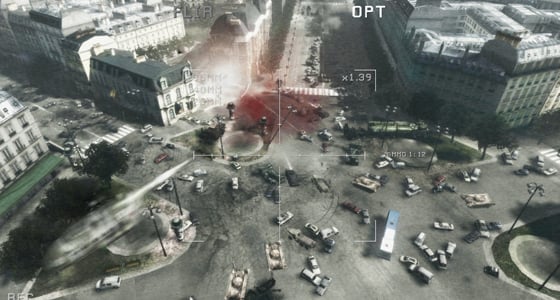 It then declares the House "encourages the BBFC to uphold the opinion of the public that whilst the content of videogames may be unsettling or upsetting to some, adults should be free to choose their own entertainment in the absence of legal issues or material which raises a risk or harm".

"This House is deeply concerned about the recently released video game Call of Duty: Modern Warfare 3, in which players engage in gratuitous acts of violence against members of the public; notes in particular the harrowing scenes in which a London Underground train is bombed by terrorists, bearing a remarkable resemblance to the tragic events of 7 July 2005; further notes that there is increasing evidence of a link between perpetrators of violent crime and violent video games users; and calls on the British Board of Film Classification to take further precautions when allowing a game to be sold."

The amendment is a triumph for pro-gamers, a middle finger up to luddites who prefer to blame social disturbance on button bashers in a virtual warzone, over their own governance shortcomings.

Then again, banning a videogame that made a quarter of a billion quid on its first day of sales would be a tall order, even for those who like to think they're pulling the strings. ®