NASA's nuclear laser tank will hunt down any life on Mars

Seriously though: How excellent if there was some

Where there was a well, that's the way

Even during the descent, the mission will already be gathering data at a furious rate. The Entry, Descent and Landing Instrument Suite will record every detail of the plunge through the atmosphere in order to make planning of future missions - perhaps manned - easier, and during the final minutes of the plunge hi-def video of the region surrounding the landing site will be filmed, allowing supervising boffins to subsequently direct the rover to promising features.

Following landing, Curiosity will trundle about the Gale Crater area of Mars for a primary mission time of one Martian year (98 Earth weeks), though on past form for NASA probes and rovers it will probably carry on much longer provided that it manages to arrive fully operational. The landing site has been chosen because observations from Mars orbit have given the region the first tick on the checklist of life's requirements - it was once wet. 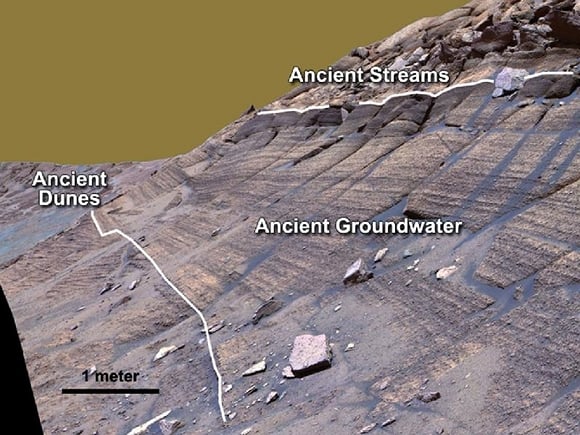 In other words, it has mud and it couldn't have mud if it didn't once have water, even if that was more than three billion years ago. Curiosity's job will be to find more evidence for water and search for the two other signs of possible life – chemicals like oxygen, nitrogen, phosphorus and sulfur used by life and a source of energy. 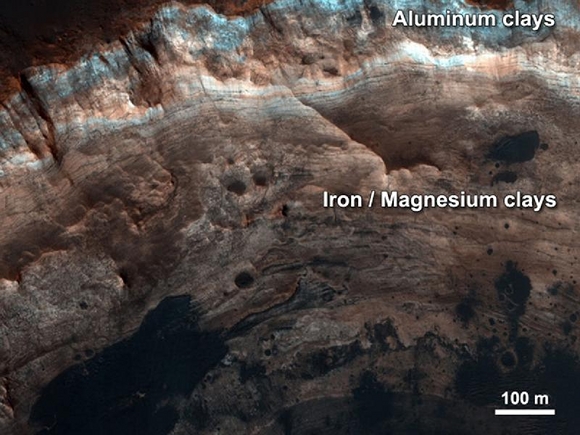 As well as looking into the past, Curiosity is also equipped to look to the future, specifically a manned mission to Mars.

The rover is carrying a weather station, an instrument for monitoring natural high-energy radiation and an instrument that can detect soil moisture and water-containing minerals in the ground beneath it. Samples scooped or drilled by the rover's arm, or vaped by its laser, can be probed and analysed in all kinds of cunning ways.

"Selection of Curiosity's landing site was not based on traits favouring present-day habitability. However, much of the information this mission contributes about the modern environment will enhance our general understanding of Mars," the mission statement says.

"For example, can organic compounds delivered by meteorites persist in the soil close to the surface? How does the modern atmosphere affect the ultraviolet and high-energy radiation that reaches the surface, posing a hazard to life and to preservation of organics? How might we better estimate levels in the past?

"The rover’s monitoring of radiation levels from cosmic rays and the sun also is designed to address astronaut safety on eventual human missions to Mars," NASA added.

And of course, as much as the agency may want to play down the possibility, all that research will also tell space boffins if there's microscopic life on the planet right now, or there could be in the future.

NASA is touting this mission as the "prospecting stage" in the process of getting a "definitive answer about whether life has existed on Mars", but most space enthusiasts can't help but wonder if this is the one that finds microscopic Marvin the Martian. ®

Space boffins: Nevermind ekeing out the battery, let it go out in a blaze of glory!
Science22 Jun 2022 | 7