"With everything in the news, this seems to be the time to do it," the auction house's books and manuscripts chief Richard Austin told Bloomberg.

The three-page contract was signed by The Two Steves™ – Jobs and Wozniak – along with lost-to-history cofounder Ronald Wayne on April Fools' Day 1976. Included in the lot – number 241, should you be interested in placing a bid – is the Statement of Withdrawal signed on April 12, which Wayne signed relinquishing his 10 per cent ownership. 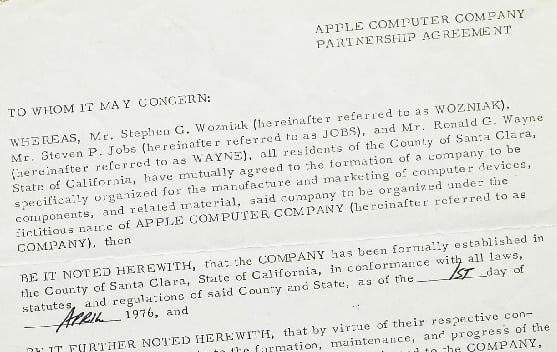 "This is a foundation document in terms of financial history, social history and technological history," said Austin, presumably in support of the lot's high expected price – exceeded only by a signed letter from George Washington, estimated to be worth $300,000 to $500,000, and a notebook of famed Bengali author and composer Rabindranath Tagore, estimated at $150,000 to $250,000. 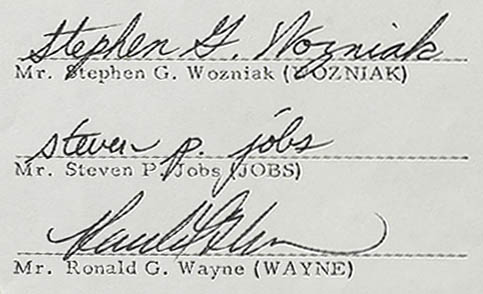 Had Wayne kept his original 10 per cent stake in Apple, Job's biographer Walter Isaacson estimates, at the end of 2010 he would have been worth $2.6 billion – more than enough to snap up all 353 lots in Sotheby's December 13 auction. ®