"You go to a random hotel room in the world and you are facing the TV and the alarm clock and I challenge you to get things going... these are trivial tasks: setting an alarm at seven in the morning. Same thing with the TV. At the same time you can go to the business centre and set on a machine that's orders of magnitude more complex – and yet you can immediately start using it – you can immediately... peruse your data and print out your document.

"That's because one machine is working on a fantastic standard – the GUI windows standard – whereas the other machines are pieces of crap. Can you imagine where the world would be if we took our most powerful machine, the computer, and took it back to the level of interfacing that is exhibited by the alarm clocks and TVs? We'd be early industrial age."

Others will disagree; plenty do – particularly those in the free software and open-source movement and large tech companies like IBM who like their independence. They have resented precisely this kind of cultural and technological lock-in to Word, Excel and Office. 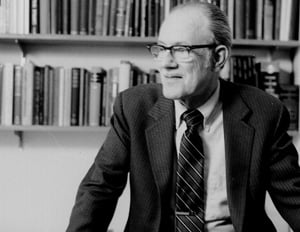 If the 1980s and 1990s saw the rise and consolidation of Office, the 2000s were marked by reaction and opposition. Many became uncomfortable with the fact that the world's information was being locked up in a set of file formats fed and watered by just a single company: Microsoft. The growing reaction manifested the XML-based Open Document Formant (ODF) and also OpenOffice, and saw furious political battles especially in national and local governments over using ODF or Office. Ultimately, Microsoft responded with its own rival XML Office file formats.

Former competitors also continue to take issue with Office, although it might be more the Office "won" and they lost, rather than the tactics Microsoft employed, which they claim is the problem.

Novell has said in court that its briefly owned WordPerfect was left dead in the water against Word thanks to broken promises from Microsoft and a decision to deny WordPerfect's engineers access to Windows 95. Simonyi's former boss, Microsoft co-founder Bill Gates, was in court this month arguing that Microsoft hadn't acted anti-competitively and WordPerfect lost because it just wasn't as good as Word.

Did Simonyi and his coders ever imagine the trouble their creation would cause?

No. Back in the 1980s things weren't seen in these broader political or anti-competitive terms. Then, Microsoft was just another, hardworking start-up – barely five years old by the time Simonyi joined in 1981 – going up against some very, very successful dogs.

The goal was to beat killer-app spreadsheet of the day VisiCalc and Mitch Kapoor's Lotus 1-2-3, a spreadsheet app that offered integral charting/graphing and rudimentary database operations through keyboard driven pop-up menus and single-key commands. On the word side, the targets were the first commercially successful word processor from Micropro International in 1978 called Wordstar for CP/M and DOS, and – yes – WordPerfect from Satellite Systems in 1980 on Data General, DOS, Apple II and others.

"At the time we were writing programs, the last thing that crossed our minds was whether something was somehow illegal – we were improving our programs and creating more functionality," he says.

If it's impossible to imagine a world without Word, Excel and the whole Office suite, then the story of their creation and today's easy success was never a given; as with WYSWIG before them, Word, Excel and Windows struggled initially against entrenched odds.

Born in Budapest, Hungary, in 1948, Simonyi was a programming protege reputed to have written his first compiler by the time he was 16 and who slipped out from behind the Iron Curtain via Denmark during the Cold War to study in the US. Simonyi gained a Bachelor of Science degree in engineering mathematics from the University of California at Berkeley in 1972 and then a doctorate in computer science from Stanford University in 1977.

After his new employer Berkeley Computer Corp went under, Simonyi – along with the rest of company – was hired by Silicon Valley's Palo Alto Research Center (PARC), which had only just opened as Xerox PARC under George Pake with a mission to conceive the office of the future. It was a fateful hire.

Simonyi was initially engaged in building a network to connect computers, something he'd modestly christened Simonyi's Infinitely Glorious Network (SIGnet). This project failed, and the job of networking passed to Ethernet inventor Bob Metcalfe and assistant David Boggs – fathers of Ethernet and joint founders of 3Com.