When it comes to those names, "Word" was always in the brand plan - it dated from the MultiTools name - but Excel was an invention. Simonyi says marketing had decided the spreadsheet was going to be such a hit that it deserved a special name: "In general it was very difficult to get rights for names, so it was Microsoft-something, like Microsoft Word, Microsoft Excel," Simonyi recalls.

The Mac had a big advantage over the PCs of the time: small memory and fast chip which made the GUI and WYSIWYG fast to load and smooth to run. 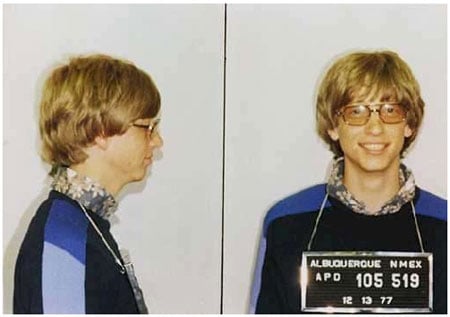 An inspiration? Bill Gates was hands on

"If it [the machine] had a faster chip it [Excel] could live in a small memory more comfortably than Lotus and the UI acquired new skills - skills we had - of performing a dialogue with the user in a new way with drop down ways, with mouse pointing and with undoable requirement.

"These were almost luxury and non-existent features that became almost most standard. We were prep for that and we could accommodate them because that's what that's where we were shooting for. The hardware caught up and our software was success at cramming that functionality into smaller memory."

It's ironic that the Mac played a pivotal role in this tale, from that first demo of VisiCalc to the debut of Excel. What does Simonyi make of Steve Jobs' contribution to computing, now he's gone? Simonyi is respectful but measured, and possibly a little partisan.

Calling Jobs an independent force, Simonyi concludes: "He [Jobs] was still important but by no means unique, much to his chagrin. WYSIWYG came from Parc, not from Apple or Microsoft as Bill pointed out many times."

Mac might have broke Word and Excel to the world, but that once-dead-now-revived Novell antitrust case against Microsoft now confirms, it was the special relationship between Windows and the Office apps that proved successfully symbiotic. At a time when there were so many different operating systems in the mix and many very successful document and spreadsheet apps, Office helped Windows stand out and vice versa.

Thanks to the GUI, Word could display simple formatting like bold or italic while the use of a mouse and simple commands via the keyboard meant things just worked: no memorising of complex instructions or fingers akimbo, straddling far too many keys.

"Quite a few of people from our business went to work on Windows. Our success on the Mac verified Bill's vision that the GUI is the future. All that remained was to put the GUI on the most efficient and popular and high volume platform, which was the Intel PC." Simonyi adds: "The Intel PC had to grow a little bit, too."

"We suffered a lot of multiple platforms," Simonyi recalls of those early platform wars. "We had a contract with IBM that they made it available on their PC but because of their marketing considerations they wanted to be sure the software ran on the smallest machine they made – a 32k machine. They even threatened [to ask that] it must run on 16K machine. With great difficulty, we were able to run on the 32K machine meanwhile Lotus could consume 256k."

Hubris also played its part as competitors blundered, giving Microsoft an edge as it delivered Windows. Lotus followed 1-2-3 with the clunky Jazz, priced too high, breaking the brand, and loading the software with plenty of unfriendly features. Lotus sold 20,000 copies of Jazz versus Microsoft's 200,000 for early copies of Excel.

"They didn't have their A-team working on it, is what we could figure," Simonyi says. "The next version of Excel was on Windows. So we had the advantage and we dominated from then on."

He adds Excel was the result of several previous false starts to challenge Lotus 1-2-3.

WordPerfect, meanwhile, got more sophisticated by adding lots of formatting but on the small machines of the day this code soup was too rich to deliver a smooth WYSIWYG experience.

A lot has been written about this era, those go-getting, early start-up days of the 1980s and the 1990s when Word, Excel and Windows were new and the future was not written. When Microsoft was at the mercy of others, and took the decision to go from apps to apps and operating system..

Simonyi credits much of the software's success to Gates, whom he called "critical at all points directing and re-directing efforts". That may be so, but an appreciation of film helped, too. ®