Phobos-Grunt 'crippled by US aurora station', 'is a bio-weapon'

Medvedev 'I'm not saying put someone up against a wall, but ...'

"As to Mars - it is a planet that does not like earthlings. Only 30 per cent of Soviet-Russian launches to Mars were successful, the Americans have had 50 per cent success, while all attempts by Japan and Europe have failed so far" - Vladimir Popovkin, head of Russian space agency Roscosmos.

NASA's Mars rover Curiosity may have launched successfully on Saturday, but its future is by no means assured: and meanwhile Russia's mission to the Martian moon Phobos - dubbed Phobos-Grunt - remains stalled in Earth orbit, communicating only briefly and erratically with ground stations.

A variety of wacky theories are circulating on what went wrong with it, even as the Russian president hints at dire penalties for those who failed to make it work.

Phobos-Grunt launched successfully on November 9, but then clapped out for no discernible reason once it achieved orbit. Its engines were supposed to fire, setting it off on a trip to orbit Mars and then to the Martian moon Phobos to collect soil samples, before returning to Earth in a controlled landing.

Instead, for as yet unknown reasons, the probe's engines never fired. Repeated attempts to contact Phobos-Grunt went unanswered, while it started to behave rather oddly.

As the days wore on, Phobos-Grunt's orbit should have been falling, but instead the craft kept flying higher. A number of reasons were put forward by space boffins, including that its solar panels were acting like wings and boosting it upwards, but no definitive answer has been found.

At the end of last week, just as all hope for the mission was lost, the European Space Agency managed to contact the probe, and they and the Russians proceeded to try to convince Phobos-Grunt to send the telemetry data necessary to try to figure out what went wrong, and maybe even fix it.

The first lot of data came down to the ESA, but it was unable to read it. Various reports suggested the information was garbled in transmission or elements were missing, but others claimed that the data was encrypted so it couldn't be decoded.

Then Russia herself received telemetry at its Baikonur cosmodrome in Kazakhstan, which showed that the radio equipment aboard the craft was operational and it was exchanging data with the main flight computer and control system.

So, inexplicable malfunctions, a mysterious orbit pattern, data in ciphers - it all sounds like the perfect recipe for some good conspiracy theories or harebrained notions about Phobos-Grunt and what really happened on November 9.

The first and most obvious culprit is, of course, the Great Galactic Ghoul, bringer of the Martian curse.

So many missions to Mars have failed, often unaccountably, that space experts often refer to the "Martian curse", which is personified at NASA as the Great Galactic Ghoul, a space monster jokingly said to feast on, distract or toy with Earth's missions to the Red Planet.

The US space agency even snapped a shot of the ghoul, or its very near relative, with the Spitzer Space Telescope, which it released in 2008 (if you squint, it looks a bit like two massive eyes and a gaping maw). 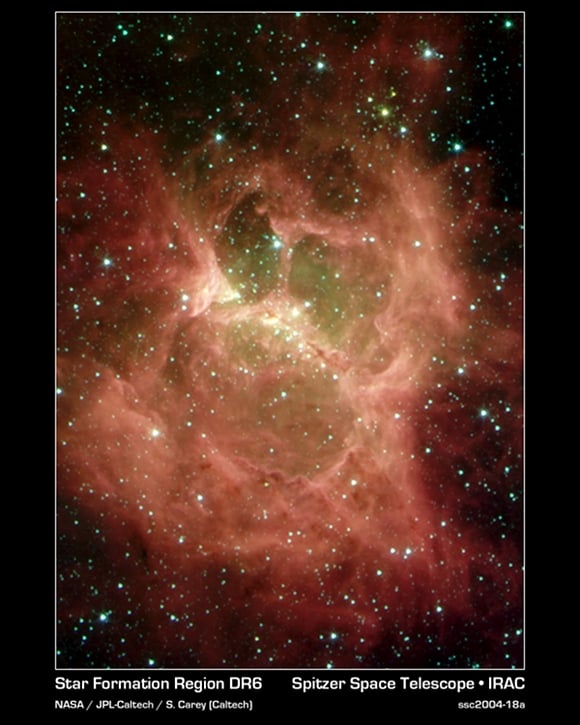 But the Great Galactic Ghoul is just the fun anthropomorphism of a lot of bad luck when it comes to Mars missions, right?

Some believe it's far more likely that the Phobos-Grunt's baffling inability to get started on its journey is down to some sort of sabotage, whether intentional or unintentional. Retired Russian general Nikolay Rodionov blames America's longwave radio sites in Alaska, according to RT.com, formerly known as Russia Today.

It's not the first time the High Frequency Active Auroral Research Programme (HAARP) has been accused of some malevolent purpose. In fact, it's a conspiracy theorist favourite, most often accused of causing extreme events like the 2010 Haiti earthquake.

A scientific endeavour aimed at studying the properties and behaviour of the ionosphere, with particular emphasis on being able to understand and use it to enhance communications and surveillance systems for both civilian and defence purposes.

But those of a suspicious mindset think the project aims to manipulate the ionosphere in order to cause massive disasters.

Next page: 'I'm not saying put someone up against a wall for this, but ...' Medvedev speaks
Page: