Initially, attempts to change the ‘purity’ of digital were somewhat tentative and naïve. In the UK, Tony Larking Audio (TLA) – a company that had made a business from hacking channel strips out of old Neve mixing consoles and selling them as mic amp/equaliser outboard gear – produced the VI-1 valve conditioner. [PDF brochure]

This was an eight-channel box that you’d plumb into your digital recorder’s analogue I/O signal path and was typically used with an Alesis ADAT or Tascam DTRS tape system – these were the modular digital tape recorders appearing around 1992 that helped seal the fate of the Sony and Mitsubishi behemoths discussed in part one. The VI-1 had valve (tube) circuitry that was supposed to add warmth to those colourless converters. It had no equaliser or drive controls and it was arguable whether it had any effect. For many, it was a case of the Emperor’s New Clothes, as subtlety at this level didn’t really cut it in this Brave New World.

With the decline of tape, recorders found other uses: a Mitsubishi X-880 32-track metamorphoses into a beer cooler

Naturally, you could always opt for original valve gear, and hire in a classic Fairchild valve compressor or Pultec EQ, but it would cost you. And wasn’t this sort of behaviour somewhat incongruous with digital’s promise of clarity and linearity? It was like these musicians and engineers were being given a delicately flavoured meal only to splash mustard and tabasco on it. 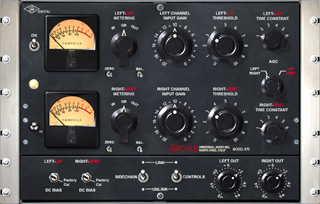 The spice rack would grow, but in the form of software emulating classic kit: anything from early drum and bass machines (Propellerheads ReBirth) to valve gear (IK Multimedia T-Racks and Waves Renaissance).Every week there was something new, and so it goes today.

Classic equipment has been analysed and remodelled in the digital domain to reintroduce the je ne sais quoi that had graced recordings from a bygone age. For a time, Steinberg’s Cubase featured True Tape, a plug-in that was designed to emulate analogue tape saturation. The only thing missing was noise, and you could supply that yourself.

The rise and fall of the DJ

Creatively, musicians were catered for by the digital domain, but this came at a price which was that non-musicians were getting in on the act too. DJs with production ideas were lifting whole sections from songs and adding a few beats and maybe a singer. These weren’t two second Funky Drummer steals from James Brown any more, if you consider the likes of P.M. Dawn’s Set Adrift on Memory Bliss then you’ll find yourself listening to a large chunk of Spandau Ballet’s True. Likewise, Guns of Brixton by The Clash served to get Norman Cook’s career started when Beats International used the bassline intro as the mainstay for Dub Be Good To Me.

Musically, these were interesting times, with DJs self-promoting their homegrown projects with works from real musicians seemingly sidelined. For many musicians, who had spent years honing their craft, the idea that someone who hadn’t nurtured such ability could just nick your performance and make money out of it seemed like rewards for failure. Listen to the radio through most of the 1990s and you could count prominent live bands on the fingers of one hand. It just took a while for the novelty of dance music to wear off and for it to find its place as yet another genre, rather than the dominant one on the airwaves. 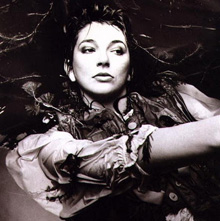 Whether the music business feeding off itself in this way was healthy or not would need to be examined by degrees. Musicians sampled too – Kate Bush was already paid-up Fairlight fanatic long before her 1985 samplefest The Hounds of Love/The Ninth Wave appeared – it wasn’t exclusive to one camp or another. However, the means to sample, to make squeaky-clean copies, inevitably went beyond the bounds of the studio and ended up on the desktop.

Sampling was the free lunch to get a tune started by pinching a drum loop or guitar riff, but the means had grown and mutated to just drag and drop of whole pieces of work. And this wasn’t necessarily being done by those with creative endeavours, it was being done by the artist’s greatest asset: the listener.