The swift migration from studio hardware to plug-in software was facilitated by consumer demand for desktop computers. Hard disk storage became cheaper and capacities increased. Hence, the track count for direct-to-disk recording steadily grew and its instant location and editing capabilities ensured that digital audio tape became yet another format consigned to the history books.

Mobile studio? The Joe Co. Black Box recorder is more than just an audio interface.
This 1u rack unit needs no computer and records 24-tracks to USB storage

Even recording consoles were losing their intrinsic value; replaced by on-screen alternatives with fairly dumb interfacing attached at a range of prices and fidelity to suit professional and enthusiast needs alike. And for mobile musos, you could even use the basic interfacing on your laptop if you were really pushed.

All that mattered now was to get the audio into the digital domain. Thermal noise inhibits A/D converters from going much beyond 24-bit, but the internal resolutions of desktop audio recording software enabled audio mixing busses of 32- and now 64-bit resolution. Once inside the machine, you had all the headroom you needed along with sample rates of 192kHz or 384kHz with 768kHz mastering options. As far as the art of digital audio was concerned, there was little to complain about now.

Digital audio had been devised to give the studio the best possible means to capture musical performances for the pleasure of the listener. And that listener was always meant to buy that creative output, but digital’s cloning capabilities saw to it that quite of lot of them didn’t need to. Before the iPod era hit centre stage, entire disc copying with no lossy artefacts, using desktop applications such as Toast, was where the rot set in revolution started. 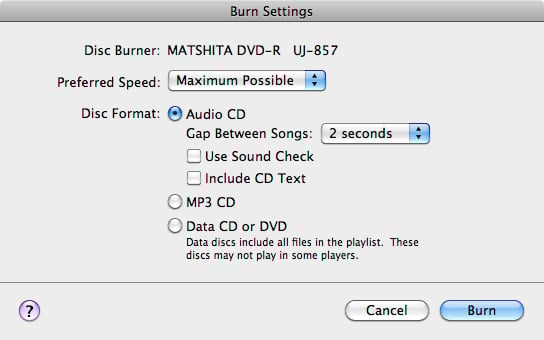 Ripping yarns: lossy compressed music can easily be exported as CD PCM audio.
The chances are the music will get ripped a second time from the exported disc and degraded still further

Furthermore, those honourable intentions of delivering the best sonic reproduction were in tatters too. Inevitably, CDs would be ripped in one format, converted to another and then maybe converted back to CD only to be ripped and stripped again of those imperceptible sounds further along the line. New distortions were being introduced that, while not as obvious as tape hiss, were nonetheless muddying the mix as never before. Moreover, Internet radio streamed lossy music to anyone who’d ‘tune in’ and with its inexhaustible playlist output another casualty befell the entertainment industry, the on-air DJ. Apart from a handful of stalwart stations, their relevance and influence was now on the wane. 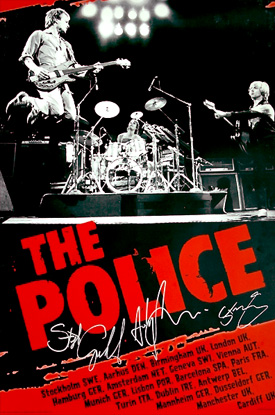 As digital audio’s mercurial ability to move around the planet hit record sales, and with it the pension plans of established acts, a new dawn emerged that turned everything upside down. Pop Will Eat Itself seemed quite prescient prediction for the state of the industry. Previously, touring would be a loss leader to boost record sales, but as the dinosaurs of rock began roaming the earth once more, live performance became the moneyspinner. There always was more than one kind of listener and the live audience was revisited as the new cash cow.

Also DJs, who had always been installed in clubs, were putting on quite a performance with new timeshifting tools for their craft. No longer carting around boxes of 12-inch singles, they now have music libraries on USB sticks holding a zillion songs and most of them unpaid for. Still, it was the listener who was paying for their dancefloor efforts now.

While copying has undoubtedly hurt the recording industry, digital audio’s attack of the clones has benefited music in a core sense. The art and craft is being seen and heard by audiences in the moment, rather than a moment being captured and replayed and redistributed as the definitive version. Performance rather than perfection is in the ascendant now and recording is the sideshow; the T-shirt and glossy programme. Digital audio became too easy to abuse and we take it for granted: what it gave to recording, it took away from the industry. ®